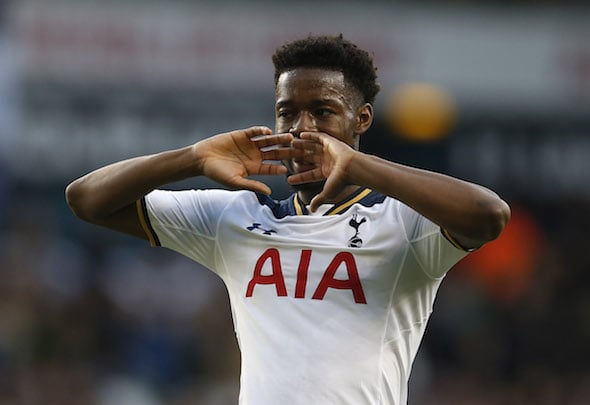 Young Tottenham pair Josh Onomah and Cameron Carter-Vickers are set to head into the last chance saloon over the summer as Aston Villa eye up another temporary swoop for the former, according to a journalist.

Football.london’s Alistair Gold claimed in a question and answer session on the website (16/05, 14:16) that the pair would be returning for Mauricio Pochettino to run the rule over their development, after spells with Villa and Ipswich Town.

They are both said to be in line to take part in the pre-season trip to the United States and that a failure to impress there could see them shipped out, with the Argentine boss keen to secure Premier League moves for the pair, with Aston Villa, who finished fourth in the Championship, vying to return via the play off final.

Onomah and Carter-Vickers are two of the hottest young talents that Spurs have on their books right now and they were sent out on loan to try and develop with first team football in the Championship. Whether it has gone as Pochettino has planned, he will soon discover, with pre-season the time which will make or break the upcoming season for the pair. Toby Alderweireld’s imminent departure could see Carter-Vickers have more chance of remaining at Spurs than Onomah, who has a whole host of talent to fight with in the centre of the pitch. Still, it all depends on whether they have the quality to compete or whether Pochettino feels they need top flight experience before running the rule over them again. As for the other loanees who are set to return, very few seem likely to hold much of a future in north London, especially the more senior among the group, and there could well be a handful of temporary and permanent exits throughout the summer.

In other Tottenham news, the club must sink their rivals with a swoop for a powerhouse defender at a fifth-placed English club.