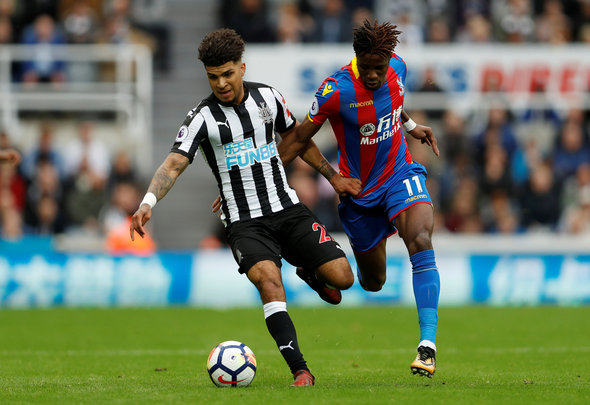 Tottenham are one of several top flight sides in pursuit of Crystal Palace winger Wilfried Zaha but will not be able to snap him up in January, according to a journalist.

Ed Aarons, the Guardian’s deputy sports news editor, claims on his personal Twitter account that the speed machine has had a £50million price tag slapped on his head by the Eagles but will not be willing to let him depart in January.

Told there is no chance of Wilfried Zaha leaving Palace next month but Arsenal, Chelsea, Man City and Tottenham have all expressed an interest in £50m rated forward

Spurs are said to be joined by Premier League top six rivals Arsenal, Chelsea and Manchester City in having demonstrated an interest in capturing the 25-year-old Ivory Coast international, who has netted four times in his 12 league appearances this season, making it a total of 17 goals in 126 Premier League outings.

The price tag of £50million placed on Zaha’s head is outrageous for a player who has barely proven himself in the top flight, but for Crystal Palace it is enough to ward off the majority of interest. He could be crucial to their survival hopes so keeping him is of the utmost importance, but the money they could get would mean major reinvestment, so it is a win-win for them. For Spurs, splashing that cash on him is pointless, with wingers not regularly utilised in Mauricio Pochettino’s tactics. They would be better off looking elsewhere than getting caught up in a battle with their league rivals.

In other Tottenham transfer news, this speed machine is set for the exit from Spurs after failing to impress.