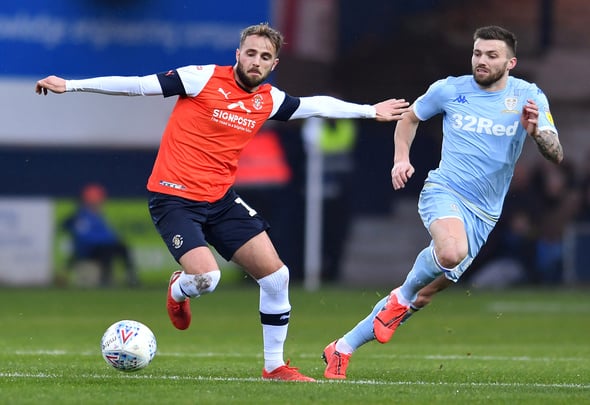 Noel Whelan has been left drooling over Leeds United utility man Stuart Dallas after filling in a number of positions for Marcelo Bielsa this season.

Speaking exclusively to Football Insider assistant editor Russell Edge, the former Leeds striker and lifelong fan says that the Northern Ireland international has been one of the most improved players under the Argentine manager despite being moved all across the pitch.

Dallas kept the fit-again Ezgjan Alioski on the bench against Luton Town on Saturday afternoon, the 28-year-old starting at left-back after playing at right-back and in central midfield this season.

Whelan says that the Macedonian international was right to be kept as a substitute at Kenilworth Road, insisting that there is no way that Dallas should be losing his place in the side any time soon.

Whelan told Football Insider: “Alioski had to take his place on the bench, bide his time as everyone has to do because Dallas has done nothing wrong at left-back.

“What he does give you is better defensive cover. He gives you everything you want from a wing-back these days. He’s just been one of the most improved players.

“The energy that he brings, whether it’s central midfield or down those wings from wing-back, it’s pretty incredible. The way he’s brushed up on his defending, his one-on-one situation, his covering round, his positional sense, playing that defensive role when out of position has been absolutely a joy to watch this season.

“Week in, week out he’s hitting sevens, eights and nines.”

Dallas has started every single one of Leeds’ Championship fixtures this season, his first appearance at left-back coming against Blackburn after injuries to Barry Douglas and Alioski.

The Whites took the lead against Luton on Saturday through Patrick Bamford and despite being pegged back by a second-half equaliser from James Collins, a late Matty Pearson goal gave Bielsa and his men the win.

In other Leeds United news, Football Insider can reveal that a senior forward is set to miss the next three games which started with the match versus Luton.