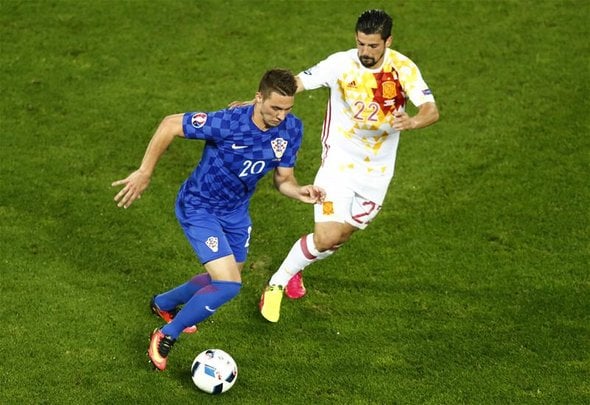 Liverpool are eyeing a move for Dinamo Zagreb winger Marko Pjaca, according to reports.

The Daily Star citing Italian news outlet Gazzetta World claim that Jurgen Klopp’s team could be willing to table a £12million bid for the 21-year-old.

AC Milan are said to be leading the race for the forward but if Liverpool are willing to match Zagreb’s valuation of the player, he could be heading to the Premier League this summer.

The Croatia international had an impressive Euro 2016 campaign, which ended when they were knocked out by Portugal in added time on Saturday evening.

Pjaca is contracted to Zargreb until June 2019 but could be tempted by a move to the Premier League this summer.

Liverpool have developed a fluid attacking style under Jurgen Klopp and Pjaca’s ability to play anywhere across the front-line could make him the perfect addition.

The Merseysiders are in the market for an attacking midfielder who can provide the goal threat often absent from the team in the last two seasons.

As reported by Football Insider, Southampton’s Sadio Mane has emerged as the priority in that position for Liverpool amid indications from Mario Gotze that he does not want to quit Bayern Munich for Anfield.

Pjaca is likely to be regarded as a back-up to first choice Mane.

In other Liverpool transfer news, Liverpool have been put on red alert after Neven Subotic has announced he wants to leave Borussia Dortmund this summer.