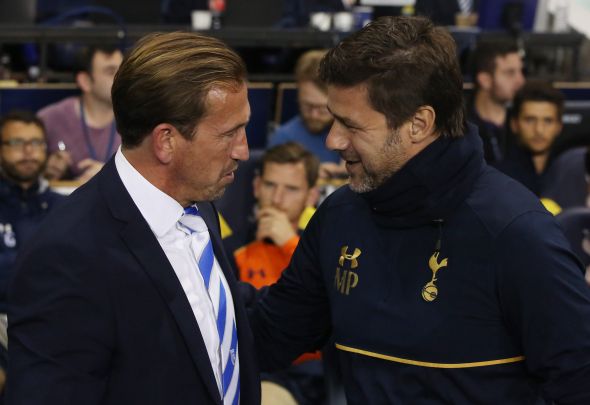 Justin Edinburgh believes Tottenham have a better chance of winning the Premier League this season than in 2015-16.

Edinburgh, who played for Spurs for a decade between 1990 and 2000, has been named the new manager of Northampton Town after being sacked by Gillingham earlier this month.

Speaking to Sky Sports News on Monday after being appointed as manager of the League One outfit, Edinburgh claimed Spurs are “mentally tougher” than last season, when they challenged strongly before falling at the final hurdle and finishing third, and can end the campaign as champions.

“Very much so,” Edinburgh said, when asked if Spurs can win the Premier League. “I think their gaffer is fantastic. A real great guy, we went up against him this season and I think he has done a marvellous job there.

“I think he has assembled a wonderful squad that are better equipped than last year, mentally tougher and I think they can certainly win the Premier League title this year.”

Spurs were pipped to the Premier League title last year by Claudio Ranieri’s Leicester City, with a 2-2 draw against Chelsea confirming the Foxes as Champions.

It is Chelsea who are currently occupying first place in the Premier League this season, with Antonio Conte’s side seven points clear at the summit.

Three points could see Spurs move to within four points of their London rivals, if Chelsea are embarrassed at Stamford Bridge by relegation candidates Hull City.

Edinburgh, 47, made a total of 279 appearances in both league and cup for the north London side, scoring just one solitary goal from defence during his time with Spurs.

In other Tottenham news, Ray Wilkins has had this to say about Spurs after their stunning win against the Baggies.