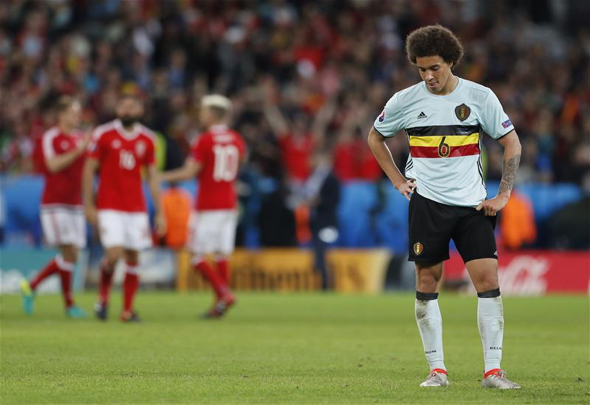 Juventus have had a bid rejected by Russian club Zenit Saint Petersburg for their Belgium international Axel Witsel, according to a report.

Gianluca Di Marzio’s website has claimed that the Italian giants have made a bid between £15million and £17million, and that the Russian club has rejected it.

This comes on the back of a report from The Mail that Everton had a bid of £25million accepted for Witsel.

Witsel’s contract is set to run out in 2017 and, while the Russian club want to renew it, Witsel himself wants to leave.

Italian sports publication Tuttosport claimed that the Italian giants were preparing a bid and that Witsel would prefer to sign for Juventus, who can offer the lure of Champions League football, than Everton.

The ball is now back in Juventus’ court and Zenit are prepared to wait for a higher offer. That could come as soon as Paul Pogba’s world-record £112m transfer to Manchester United is finally concluded.

If no better offer is forthcoming from the Italian giants, it could open the door again to Everton. Their £25million bid is still the highest the Russian club has received for Witsel.

The 27-year-old was with the Belgium national side during this summer’s European Championships, and he starred in five games for his country before they were knocked out in the quarter-finals by Wales.

Despite the interest from Juventus, Everton are still strong favourites to sign Witsel, with bookmakers SkyBet pricing them at 8/15, ahead of Juventus at 7/4.

In other Everton transfer news, the Merseyside club is preparing a bid for this Euro 2016 hero as a replacement for John Stones.