Harry Kane will relish the prospect of joining Manchester United after watching Edinson Cavani this season.

On Monday, Football Insider revealed Man United have stepped up their bid to prise Kane from Tottenham this summer.

This comes after this site revealed Kane is ‘hell bent’ on leaving Tottenham this summer.

The Red Devils’ current forward, Cavani, has been in excellent form of late, scoring five goals in his last five outings.

McAvennie claims Kane will look at the chances Cavani is getting and will believe he can double his tally of 15 Man United goals if he makes the switch to Old Trafford.

“Cavani has been magnificent for them. He [Kane] will think if Man United can create chances for him like they do for Cavani, he’ll get 35 or 40 goals a season.

“The movement of both players is world-class. They’re both great strikers. Kane will know he can score goals for Man United.

“They’re still one of the biggest clubs in the world. He’s desperate to win a couple of trophies and he can do it there.

“After watching Cavani, Kane will think he can double what he’s done this season.” 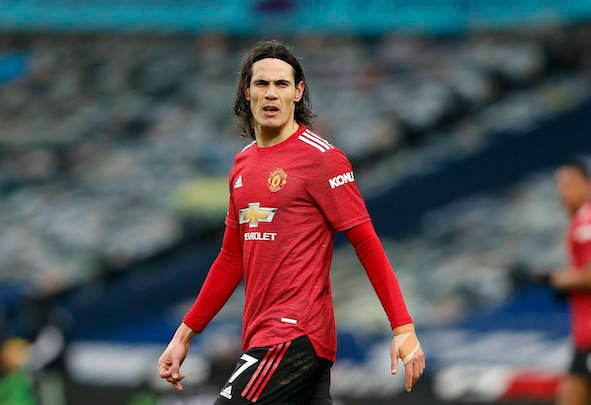 He joined the club on a 12-month contract after leaving PSG last summer.

In other news, Man United have opened talks to sign a new goalkeeper – Sources.