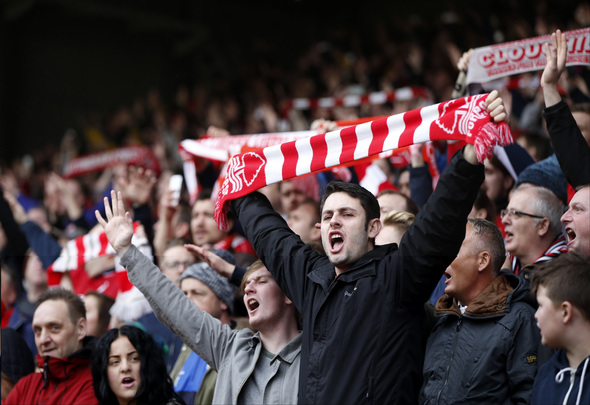 Mark Warburton, who was named as manager in March, led his side to safety by the skin of their teeth as they finished above Blackburn on goal difference after a dramatic final day of the Championship campaign on Sunday.

Burns, 63, thinks that Philippe Montanier was to blame for the poor season after he failed to give himself enough time to plan the summer events.

However with Warburton in charge, the two-time European Cup winner is expecting to see a drastic change.

“Let’s be honest, last summer was a shambles at the City Ground, with Montanier only starting work on the same day the players reported back for pre-season training, and it was downhill from there,” said Burns in his column on the Nottingham Post website.

“Warburton is going to have lots of time to rebuild his squad, and I think there will be a lot of players heading for the exit, plan pre-season friendlies and the rest of it. It’s not all going to be last minute like last year, and hopefully that will set them up for a good season.”

Waburton, 54, has already planned to make big changes to his squad over the summer by saying that he is willing to cut down the size of the squad to around 20 players.

A number of Forest players are expected to leave the club as their loan deals come to an end, which will help the former Rangers boss in thinning out his squad and freeing up some of his wage budget.

Nottingham Forest beat Ipswich 3-0 on Sunday to seal their survival while Birmingham and Blackburn also won their matches.

However Blackburn had to better Forest’s result or see a significant swing in goal difference to stay up.

In other Nottingham Forest news, a League One boss has declared his interest in this Reds striker.