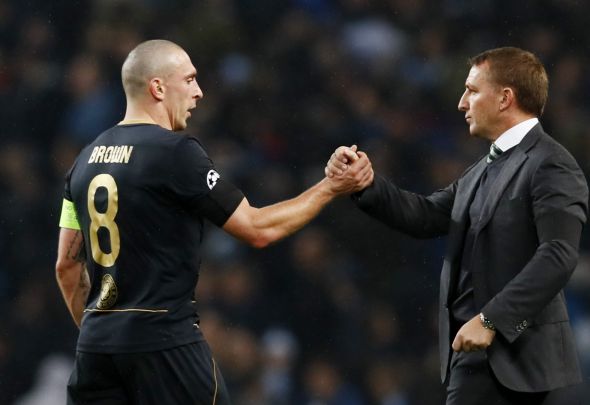 Kevin Thomson believes Scotland are a better team with Celtic captain Scott Brown in their side.

In quotes published by the BBC, Brown revealed that he will make himself available to play for his country after coming out of retirement to play against England in November.

Former Hibernian midfielder Thomson told BT Sport’s Facebook Live channel that he believes Scotland should look to keep Brown from retiring for as long as possible.

“I want to see him in the team,” Thomson declared. “I think he is still one of Scotland’s best players.

“Beggars can’t be choosers is not the right phrase, but if he is with Scotland for one game, two games, five games or more he is only going to help Scotland going forward.”

Celtic captain Brown retired from international football in August 2016, but remained on the sidelines for just two months before returning to play in Scotland’s 3-0 defeat to England.

Brown, 31, has starred in Brendan Rodgers’ midfield this season, as he continues to prove that age is just a number by making 41 league and cup appearances already this term.

Missing just two games all season for the Hoops, Brown has played an instrumental part in seeing the Hoops win the Betfred Cup as well as maintaining their domination in the Premiership.

Now, Brown is expected to be selected by manager Gordon Strachan ahead of Scotland’s double header in March against Canada and Slovenia.

In other Celtic news, this Championship playmaker would be a top signing for the Hoops in the summer.