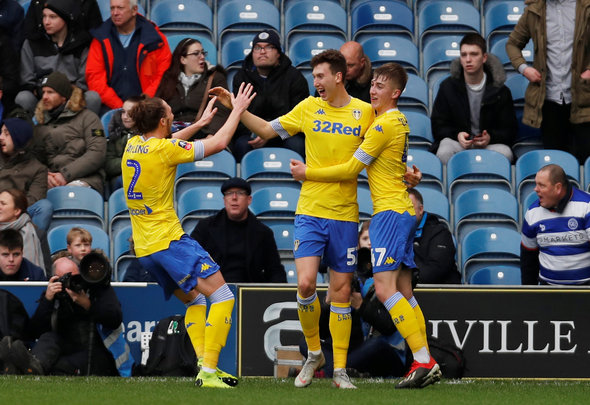 Speaking exclusively to Football Insider, Whelan said that the 21-year-old Leeds giant, who stands at 6’5″ [Transfermarkt] had done very little wrong acting as backup to the likes of Liam Cooper and Pontus Jansson, having made five appearances across all competitions for the first team.

The Yorkshire Evening Post report that Marcelo Bielsa is looking at bolstering his options at the heart of defence and that he was targeting a loan deal for Brighton’s Ben White, also 21.

The defender, who spent the second half of the 2018/19 season on loan at Peterborough, is said to have been on Leeds’ radar for over a year, but Whelan thinks Halme will be feeling frustrated on the sidelines.

Asked by Football Insider if the Finnish defender could be aggrieved by the Whites’ reported hunt, ex-Leeds striker Whelan said: “If I was a player and I was Halme, then yes.

“You’d like to think when you’ve had a few games under your belt, you’ve stepped in a few times for the first team and done okay, maybe next season you get more of a run in and be a bit more integrated into that first team.

“I suppose on his side of things he’ll be disappointed. Yes, it’ll be a bit of a kick in the teeth for Halme, I’m sure, but you either swim or you sink. You either accept it and work harder on the training ground and stand out to catch the eye of Mr Bielsa, or you chuck the towel in and go for an easy option.”

White has played just twice for Premier League side Brighton, having come through the Seagulls’ youth system, and was part of the Newport County side who caused an upset against Leeds in the FA Cup back in January 2018 during his loan spell at the League Two outfit.