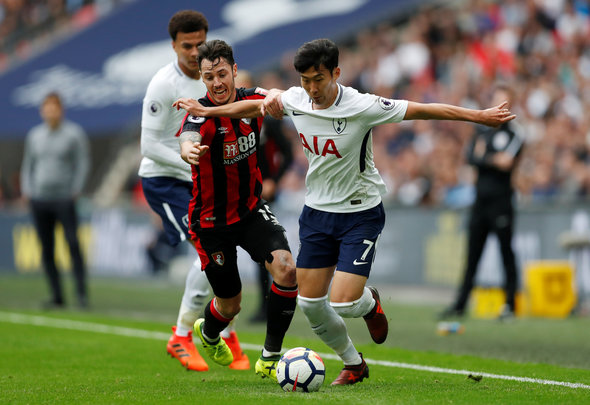 Sky Sports pundit Jamie Redknapp has said that he expects Heung-min Son to both start and shine for Tottenham against Manchester United in the absence of Harry Kane.

The England striker was ruled out of Saturday’s clash at Old Trafford after having picked up a hamstring injury against Liverpool in their 4-1 win, which saw him hobble off the pitch in the final minutes at Wembley.

Having scored 13 goals in 12 games across all competitions this season, eight of which have come in the Premier League to leave him as the top scorer during the current campaign, his layoff will be a huge blow to Mauricio Pochettino, but Redknapp believes that South Korean international Son can step up to the plate.

He says that he expects the Argentinian manager to pick the 25-year-old winger ahead of natural centre forward Fernando Llorente due to his physical attributes, but feels that the game is much more even with Kane out of action.

Redknapp told Sky Sports on their website: “I fancied Spurs but it (Kane’s injury) makes it more of a 50-50 game now.

“I have this sneaky feeling that he will go for mobility against Manchester United and pick Heung-Min Son.

“People might say that would be a real kick in the teeth for Llorente but it doesn’t matter.

“Son did a really good job last year when Kane hurt his ankle. He can lead that line and he is in really good form. He was fantastic at Wembley last week and he’ll be confident.

“It is up to these Spurs players now to show that they are more than just Harry Kane.”

Son has been on the fringes of the first team this season, having started four of the club’s eight Premier League games, netting his first league goal of the campaign in the win over Liverpool.

Last season saw him step up in place of Kane when the England man was injured, impressing up front with 14 goals in 34 top flight outings.

In other Tottenham news, Alan Shearer has blasted the club for their defeat to West Ham.