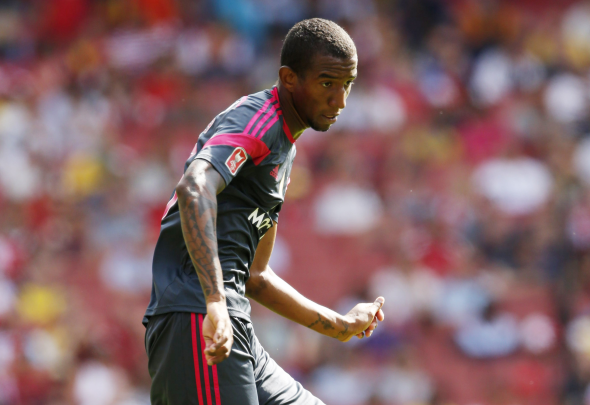 Benfica’s Brazilian forward Anderson Talisca has told friends that he’s moving to Liverpool ahead of a £21million move, according to a report.

As Football Insider reported on Saturday, Benfica’s number 30 is all set to sign for Liverpool after the FA received a work permit application for Talisca.

Klopp is keen to bring Talisca to Anfield, who can also play as a secondary striker, in the number 10 role and even as a central midfielder.

Portuguese outlet O Jogo have claimed that Talisca has told his closest friends he is close to moving to the Merseyside club, but is anxious about making the step-up to the Premier League, as he waits for the deal to be processed.

The report also reveals that Talisca almost joined Chinese giants Shanghai SIPG who are managed by former England manager Sven Goran-Eriksson, despite having three years still to go on his contract at Estadio da Luz.

The deal didn’t go through though, because Eriksson had brought in Brazilian powerhouse Hulk from Zenit, filling the last foreign spot in the side.

Talisca joins Jurgen Klopp’s side after scoring 20 goals in 78 Benfica appearances, occupying primarily a deeper role for the Portuguese giants. The 22-year-old was integral to Benfica’s campaign last-term as they lifted the Primeira Liga trophy.

Klopp is looking to add more firepower to his side, and has also been linked with the likes of PSG’s Lucas Moura and Mario Gotze after deciding to listen to offers for Jordan Ibe.

In other Liverpool news, this rising star has explained why he is leaving Anfield.