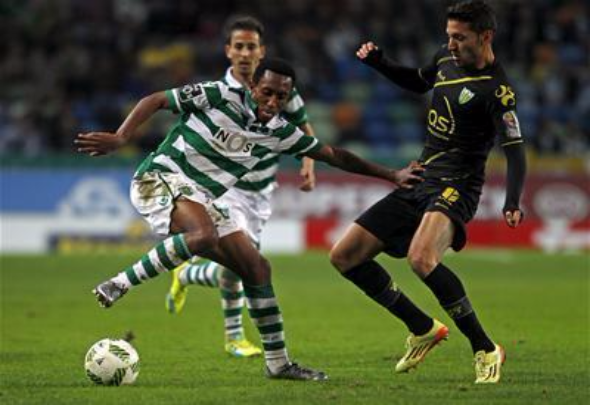 Liverpool are being linked with a move for Sporting Lisbon winger Gelson Martin in the January transfer window, according to a report.
The claim, made by Portuguese publication Correio da Manha, is that Liverpool see the midfielder, who has a £53million buy-out clause, as a replacement for the now departed Philippe Coutinho.
It is unlikely though, that the Reds would be willing to pay that amount but after the sale of Coutinho to Barcelona, Klopp has a £100m transfer kitty available.
Martins has 29 goals in all competitions this season and was linked with the Reds last summer.
News of the potential deal comes after confirmation from RB Leipzig that Naby Keita will remain in the Bundesliga until the summer which was confirmed on the German club’s official Twitter account:

OFFICIAL: Naby #Keïta will remain an #RBLeipzig player until 30th June 2018. We wish to put the speculation about a January move to @LFC to bed. pic.twitter.com/Cilx09m24e

Football Insider verdict:
Now that the deal for Naby Keita’s return is on ice, Liverpool have a need for a tricky winger who can offer the same kind of firepower that the Reds enjoyed with Coutinho in the side. Liverpool have plenty of cash left over after the sale of Coutinho so there can be no doubting the fact that if Klopp wants Martins, he can get him. But the Merseysiders have been linked with a number of options in the position including Thomas Lemar and Alexis Sanchez and if they want proven quality, they need to push Monaco for the French midfielder who despite being more expensive, is the real deal.
In other Liverpool transfer news, the Reds on the verge of losing out on defensive target.
We’ve launched a << BREAKING NEWS FEED>> exclusively for your club. ‘Like Us’ on Facebook by clicking here if you want 24/7 updates on all Liverpool breaking news.