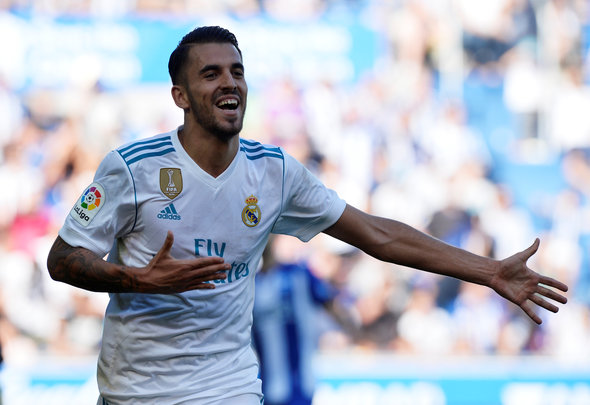 Liverpool should abandon their apparent attempt to prise Dani Ceballos from Real Madrid this summer.

Spanish outlet Diario Gol claim that Jurgen Klopp has told Liverpool’s American owners he wants to sign the 21-year-old and that preliminary talks have begun between the Merseyside and Spanish giants over a loan-to-buy deal.

With Emre Can heading out of the Anfield exit door, Liverpool need a midfield master who can build attacks, dictate the play and act as a shield in front of the defence.

Jordan Henderson, James Milner and Georginio Wijnaldum are all fine players, but none are of the class needed to build the team around or of the calibre who would walk into the starting XIs of all top-six Premier League clubs.

With summer arrival Naby Keita more of a number eight than a number six, Klopp needs a polished performer in the anchorman role, someone who can do what Fernandinho has done so brilliantly for Manchester City this season.

Ceballos is a fine talent but he is not the answer for Liverpool.

If he was, he would not be on the fringes of a Real Madrid side that has been a shadow of its former self this season and which is crying out for a driving force to take the team into a new era.

Ceballos has made 19 appearances in all competitions for the Champions League holders this season but has found himself behind the likes of Luka Modric, Casemiro and Toni Kroos in the central midfield pecking order.

No shame in that, but the Spain Under-21 international has done little to suggest he can break up the cartel in Zinedine Zidane’s midfield.

Indeed, he has done little to demonstrate that the £15million fee Real spent to prise him from Real Betis last summer was the bargain many trumpeted it to be at the time.

Ceballos has a lot to learn, but Liverpool need the real deal and should look elsewhere.

In other Liverpool transfer news, the Merseyside giants are convinced that £70,000-a-week Tottenham player wants to join them this summer in what would be a mega-money and sensational deal.