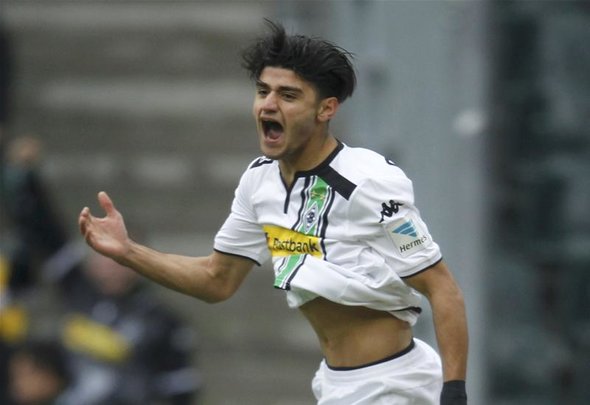 Liverpool boss Jurgen Klopp was sending scouts to watch Germany Under-21 midfielder Mahmoud Dahoud play in the match against Finland on Tuesday, according to a report.

The Mirror have claimed that the 20-year-old was one of Klopp’s chief transfer targets over the summer and that the Reds boss is willing to bide his time for the bright prospect after failing to land him from Borussia Monchengladbach.

The Bundesliga side had already sold midfielder Granit Xhaka to Arsenal in a £30million deal and they were not prepared to lose another key part of their midfield in one summer.

The Mirror reported that Gladbach turned down a £25million offer from Liverpool in this transfer window and said that German publication Die Express confirmed that the Reds would be sending scouts to Tuesday’s game.

Dahoud started the match against Finland and played the full 90 minutes as Germany won 1-0, leaving the Liverpool scouts with plenty to assess.

Dahoud also shares the same agent as Liverpool midfielder Emre Can – Reza Fazeli – meaning that Klopp could have a good rapport with the representative.

The young midfielder has two years left on his current contract, although it is said that the Bundesliga side are trying to get him to sign a new contract offer.

If they don’t manage this, the three-time capped Germany Under-21 international could be picked up for a lower fee than Monchengladbach would want, if they don’t want to risk losing him for nothing in the summer of 2018.

In other Liverpool transfer news, the Reds were among a number of European clubs to make an offer for Hoffenheim’s commanding young centre-back Niklas Sule.