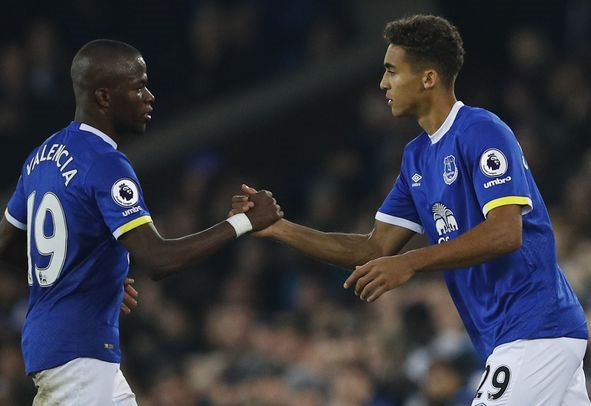 Ronald Koeman has told reporters that Everton will have to wait until Tuesday to see how serious the injury Dominic Calvert-Lewin suffered against Southampton is.

The 19-year-old forward started against the Saints on the left side of an attacking midfield three.

However, his game was brought to an end after just 12 minutes with the natural striker nursing his ankle before being replaced by Kevin Mirallas.

Koeman told reporters, as quoted by the club’s Twitter page after the game that he didn’t know the extent of the injury and that it will be assessed on Tuesday.

RK on injury to @CalvertLewin14 : "We need to wait until tomorrow [to assess it]. He's disappointed but he's young – he will come back."

Calvert-Lewin joined Koeman at Goodison Park in the summer on a £1.5million from League One side Sheffield United.

He is considered a bright prospect and he has already played five times for the Toffees senior team this campaign.

He will now be hoping that the injury isn’t too serious, as a long-term spell on the sidelines could stifle his progress.

Meanwhile, the win on Monday has seen Everton remain in seventh place with a gap emerging between eighth and ninth.

However, with Manchester United still nine points clear in sixth, it looks unlikely that the Toffees can break the top sides up this campaign.

In other Everton news, the Toffees are planning a £12million bid for this Koeman favourite.