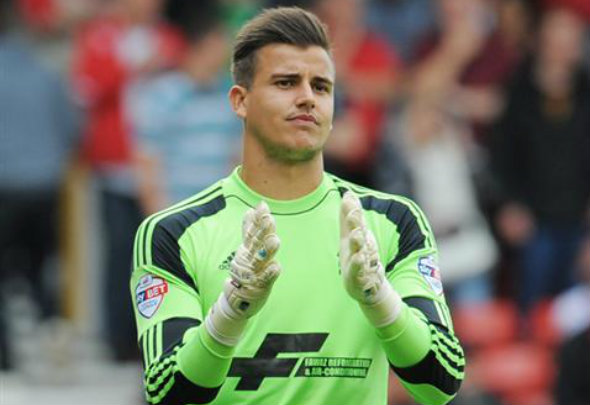 Tim Krul has backed third-choice Newcastle goalkeeper Karl Darlow to deliver the goods for the team in their relegation battle.

Darlow is expected to step in for the final eight matches of the season, starting with Saturday’s Premier League clash against Norwich, after Rob Elliot suffered a reported cruciate ligament injury on Tuesday night.

Elliot had been deputising for the already-injured first-choice Newcastle stopper Krul, but is now expected to miss at least six months in what is a crushing blow for manager Rafael Benitez.

Remarkably, the two club’s two senior goalkeepers have both suffered the same serious knee injury and will not be available for selection until next season.

Holland international Kurl took to Twitter on Wednesday afternoon to express his sympathy for Elliot, and back Darlow to shine in the club’s battle to avoid relegation to the Championship.

Gutted to hear about Rob’s injury. Bad time for goalies lately. Can’t wait to go back to days like this @the_dilsh pic.twitter.com/l1o5H5PjXr

I’m convinced Karl Darlow will step in and does the business last 8 games of the season. #KeepTheFaith #NUFC

Darlow has made just two senior appearances for Newcastle since moving from Nottingham Forest in 2014.

The goalkeeper’s last game for the club was punctuated by a costly error in the 1-0 defeat to West Brom as the 25-year-old allowed Darren Fletcher’s late header to squirm underneath his body and into the goal.