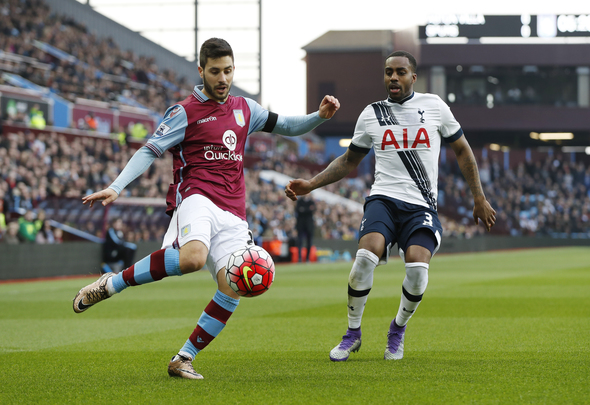 The now 47-year-0ld spent 17 years at the south coast and still holds a big affinity with the Hampshire side.

Bertrand, 27, has been selected in the England team alongside Rose, who is usually considered the national team’s first choice in the defensive role.

However, Le Tissier, who picked his England starting eleven for Sky Sports picked the Southampton ace ahead of the 26-year-old.

“I think Cahill is a little bit out of sorts at the moment and Stones and Smalling deserve to be starting ahead of him,” said Le Tissier to the Sky Sports website. “While I still think Bertrand is a better defender than Rose.”

Bertrand has had an up and down career after joining Chelsea in 2005 as a 16-year-old.

He started for the London side as they beat Bayern Munich in the 2012 Champions League final, but after seven loan moves he looks to have settled down at Southampton.

Meanwhile, Rose has spent nine years at Tottenham after completing a move from Leeds in 2007.

After four loan spells he looks to have established himself as a key part of the Spurs defence.

Both players have suffered injuries in the new campaign, but are considered key parts in their respective sides.

In other Tottenham team news, Clive Allen has heaped praise on the performances of Heung-Min Son this season.