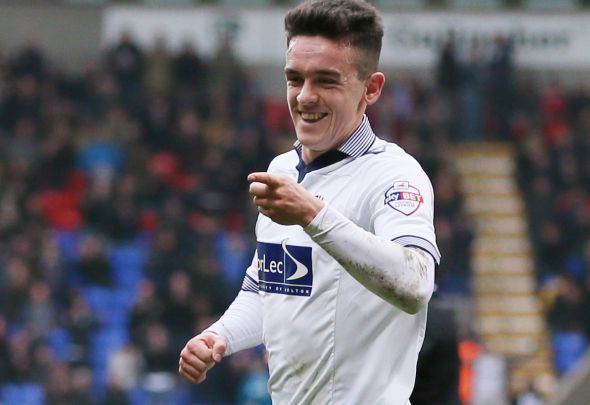 Leeds are one of a number of clubs who are keeping tabs on Bolton’s highly-rated attacker Zach Clough ahead of the January window, according to a report.

The Daily Mail claim that Bolton are braced for a mini auction in their star player, with Everton, Wolves, Middlesbrough, Birmingham and Bristol City all interested in Clough.

The 21-year-old has starred for the former Premier League side this season, scoring six goals in 20 league and cup appearances from his number 10 role in the Wanderers side.

Pocket sized attacker Clough has been repeatedly rumoured to leave the Macron Stadium in recent windows, as he continues to prove himself as one of the Football League’s brightest attackers.

However, with three years still remaining on his current Bolton deal, manager Phil Parkinson could price all interested parties out of a move for their number 10.

Clough has scored 20 goals from attacking midfield in his 59 league and cup appearances, after making a goalscoring debut against Wigan in January 2015.

With Pablo Hernandez currently out injured and playmaker duo Matt Grimes and Alex Mowatt failing to impress under Garry Monk, Zach Clough could be the perfect signing for Garry Monk in January. However, Clough will cost a lot of money and is likely to be considered too expensive for Leeds as they go up against Ronald Koeman’s cash-rich Everton and other better resourced clubs. Clough has already proved that he can score in the second tier of English football, with 12 goals in 36 Championship appearances for his boyhood club. Still only 21, Leeds should do whatever they can to sign the exciting playmaker before he opts to join a bigger side.

In other Leeds transfer news, the Yorkshire giants are in talks to sign this international star.