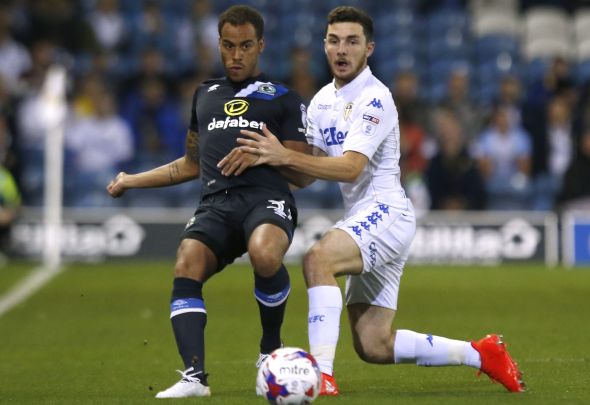 Leeds full-back Lewie Coyle has been ruled out until the new year with a knee injury, according to a report.

The Yorkshire Evening Post claim that the Elland Road academy product will be out for another three weeks with the ligament damage he suffered in the team’s League Cup win against Norwich on 27 October.

Manager Garry Monk initially ruled Coyle out for “six to 12 weeks” with the medial ligament problem, which is not so serious as the anterior cruciate ligament.

The 21-year-old right-back, who can also slot in at left-back, is still some way from recovering and will miss the next Leeds four matches, including the three matches over the hectic festive period.

Coyle’s continued absence is a blow, as it means that Monk cannot rest first choice full-backs Charlie Taylor and Luke Ayling, who have been virtual ever-presents this season.

Coyle has made five appearances for the Yorkshire giants this season, spread across 488 minutes of action, and was a mainstay of the club’s impressive League Cup run.

The former youth team star has made 18 senior appearances in total for Leeds and the club demonstrated their faith in him by awarding him a new contract that runs until 2019 within days of him suffering the knee problem.