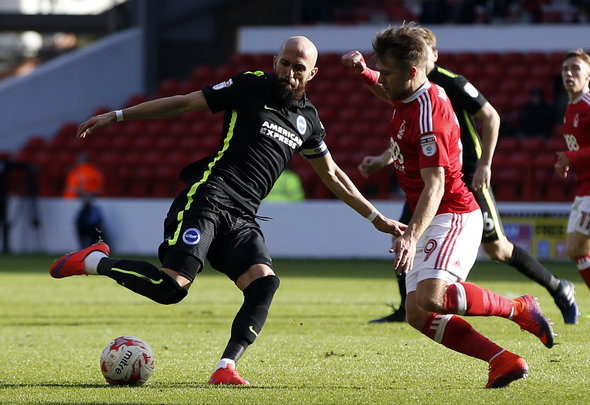 Leeds have been dealt a blow ahead of the weekend as senior Brighton defender Bruno Saltor has managed to overcome his injury in time for the Championship clash.

The Whites welcome promotion rivals Brighton to Elland Road on Saturday for a huge league match.

The Seagulls have been boosted by the news that their captain Bruno will be available for selection.

Brighton manager Chris Hughton has confirmed that the 35-year-old is in contention for the match against Leeds, as cited by the club’s official website.

Bruno limped off with a suspected groin injury in the club’s 3-0 victory of Derby on Friday.

However, the right-back has managed to overcome the problem and is likely to start at Elland Road.

The Brighton defender has made 35 appearances this season, with all of them coming in the Championship, and has been a crucial part of the club’s success.

Hughton’s side are currently second in the league table and will be looking to consolidate their position in the automatic spots.

Meanwhile, Leeds are still firmly in the play-off picture and are fourth-placed in the Championship.

The Yorkshire giants have a five-point cushion over Fulham in seventh and are in a strong position to finish in the play-offs.

Garry Monk’s side suffered a 2-0 defeat in the previous meeting this season, but will have home advantage this time around as they look to seek revenge.

In other Leeds news, Liam Bridcutt has made a bold promotion claim ahead of Brighton.