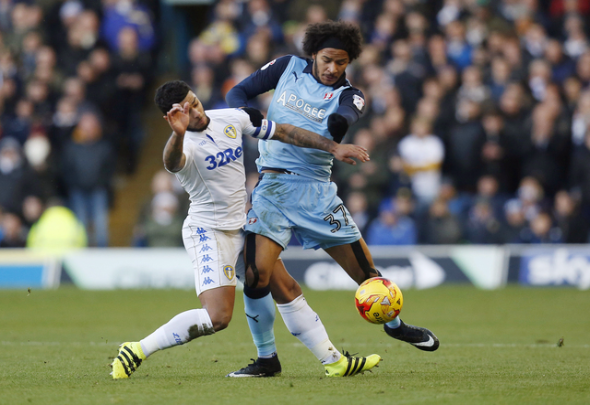 Liam Bridcutt is adamant that Leeds can still gain automatic promotion this season despite sitting 11 points behind Saturday’s opponents Brighton.

Bridcutt, 27, will come up against his old side for just the second time after leaving the Seagulls back in the summer of 2014 to join Premier League club Sunderland.

Speaking ahead of Saturday’s evening clash, captain Bridcutt claimed that Leeds could still finish in the top two if they continue to pick up results.

“Brighton are a good team, but the pressure is more on them than us,” Bridcutt declared, as quoted on Yorkshire Evening Post reporter Lee Sobot’s personal Twitter account.

“Anything is possible (on finishing in the top two), if we keep putting points on the board then I don’t see why not. As a captain I am saying every game to go out there and play with a smile on your face.”

Bridcutt: "Brighton are a good team, but the pressure is more on them than us." #lufc

Bridcutt, asked if top 2 can still be caught: "Anything is possible, if we keep putting points on the board then I don't see why not." #lufc

Bridcutt: "As a captain I am saying every game to go out there and play with a smile on your face." #lufc

Bridcutt, who missed the reverse fixture which finished in a 2-0 defeat because of a foot injury, will be desperate to get one over his former side on Saturday.

A win for Leeds will see them consolidate their already lofty position in the play-offs, as manager Garry Monk continues to defy pre-season expectations.

However, Brighton have won four out of their last six outings, and will be looking to continue a strong run that has seen them win nine of their 19 away league games.

Leeds will be aware that Brighton can go top with a win if Newcastle drop points to Birmingham, but will be determined to keep Bridcutt’s automatic promotion claim alive.

In other Leeds news, Monk is expected to make two changes to his side to face Brighton.