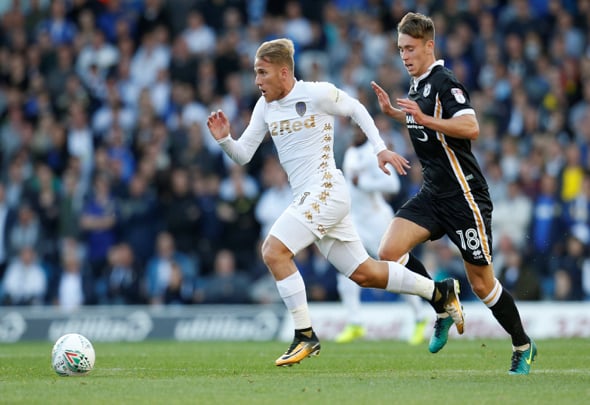 Leeds fans were not happy with Samu Saiz against Norwich City on Saturday and vented on social media.

The Whites were victorious against Norwich City defeating them 1-0 with Pontus Jansson grabbing the only goal of the game.

Saiz could have made Leeds comfortable in the 79th as he had a one-on-one opportunity but the striker hit the post instead.

After missing his cue to score, he was subbed and was replaced by Jay Roy Grot.

Even though Leeds won the game, fans were not willing to let Saiz’s poor performance go unnoticed.

One fan stated that the striker was so frustrating with another sarcastically sharing they were shocked that Saiz wasn’t passing when he should.

Saiz has played 21 times for Leeds United across all competitions this season, scoring nine goals.

Here are the best tweets from unimpressed Leeds fans:

Saiz not passing when he should? Shocked😉

@WYSdaily if Saiz sorts his decision making out then we have one scary player on our books just his final ball or he runs out of time before he makes a decision and then it's too late chance has gone.

In other Leeds United news, former Whites midfielder David Prutton has given his prediction for the game against Norwich.