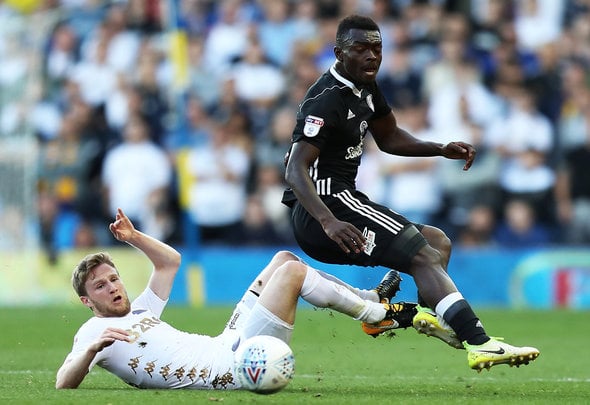 Leeds United fans took to social media to rage over the first half performance of midfielder Eunan O’Kane in the clash with Middlesbrough on Friday night.

The Whites went into half time 2-0 down at the Riverside after the clash went ahead despite the freezing conditions, which had threatened to see the tie postponed for the safety of supporters.

Felix Wiedwald was the busier of the two goalkeepers in the opening 45 minutes, looking shaky as he failed to command his box, and the German was eventually beaten by a flicked effort from Patrick Bamford on the half hour mark.

The English forward doubled his tally with nine minutes before the break, forcing the ball under the body of the Leeds goalkeeper after an incisive break from Adama Traore.

Going into the break two goals down, the Leeds faithful were less than impressed with what they saw from Eunan O’Kane, with many supporters having questioned his inclusion in the starting XI over Adam Forshaw before the game kicked off.

They turned to Twitter to vent their rage, and Football Insider has rounded up a selection of the supporters’ best tweets:

Philips and O’Kane are a bloody liability.

Can we take O’Kane off yet

O’Kane and Phillips have had no control whatsoever, Forshaw should have started #lufc

What does O’Kane actually offer? #lufc

O’Kane is dreadful. We’re set up well but there is no way he plays ahead of RV, KP and AF. #LUFC

Why is O’Kane panicking every time he touches the ball? Zero composure

O’Kane has been a regular for the Whites this season, making 26 appearances prior to Friday night, and played the full 90 minutes in last weekend’s win over Brentford.

In other Leeds United news, Tony Pulis has delivered a bold verdict on the Elland Road faithful.