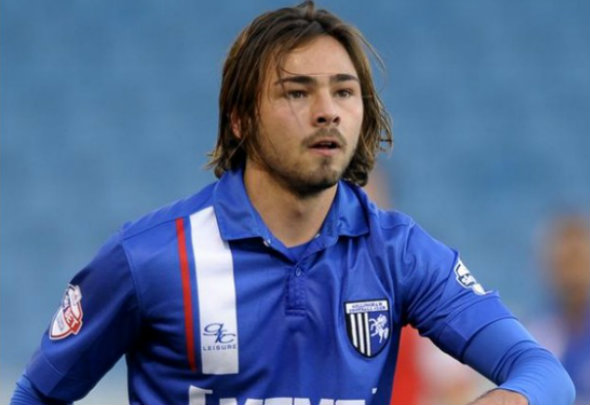 Gillingham playmaker Bradley Dack is reportedly keen on join Leeds – and the club’s supporters are thrilled at the possibility of signing him.

The Mail claimed on their transfer centre blog (Tuesday, 1:37pm) that the 23-year-old’s representatives are looking to help him compete a move away from the League One club.

The report details that the attacking midfielder is keen on a switch to Elland Road as he looks to further his career.

Dack is an all rounded attacker who is particularly strong at providing assists for his team-mates, setting up 15 in the last 18 months.

Leeds fans have welcomed a potential move for Dack and feel he would help improve their squad, while also providing a replacement for Alex Mowatt after he left for Barnsley.

Bradley Dack would be a decent signing for Leeds, would certainly fill the gap left by Alex Mowatt #lufc #mot

Give us bogle, dack and barrow! #lufc

Actually really want Bradley Dack. Great cover for Pablo now that Mowatt has gone. But we need a stiker! #lufc

Bradley Dack would be a good signing….

Dack has been a standout player for Gillingham in the past couple of seasons and won the League One Player of the Year last campaign.

The Englishman scored 15 goals and supplied 10 assists in 44 appearances, and has continued to be a key figure again this season.

He now fancies his chances in the Championship and promotion chasing Leeds are a club he is interested in.

Garry Monk’s side have been heavily reliant on first-choice striker Chris Wood for the goals, with the New Zealand international scoring 20.

Souleymane Doukara is the next highest goalscorer with just five and Dack could help address their problem area.

In other Leeds transfer news, they are set to pay a six-figure payment to smooth through goal machine signing.