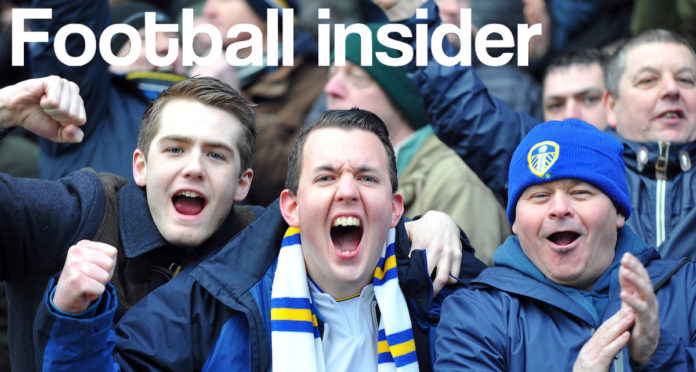 Leeds United fans have taken to social media to rave over their reported swoop for Crusaders winger Gavin Whyte this summer.

Sky Sports claim on their website that the Whites have already held talks to take the 22-year-old to Elland Road this coming transfer window amid a huge hunt for his signing, with 10 other clubs across England and Scotland said to be interested after his sensational form this season.

His 22 goals, which have doubled his career tally to 44, have helped Crusaders to pick up the Irish Premiership title, and also has five caps for Northern Ireland’s under-21 side.

However, despite discussions between Leeds and the Belfast-based club, it is stated that there has yet to be a bid accepted for his capture – but that has not stopped the Elland Road faithful from getting excited about his potential arrival on Twitter.

Ha he's gonna look like Messi when he's playing next to Grot!

He could have scored 50, it's incomparable at that level.

Sounds promising mate. Looks like he can definitely score a goal or two 😂 which is good. Thanks for the feedback pal 👏

Leeds have seen many of their senior stars struggle in front of goal this season, with the likes of Pierre-Michel Lasogga and Jay Roy Grot failing to live up to expectation after their arrivals last summer.

The Whites have primarily used Ezgjan Alioski, Pablo Hernandez and Stuart Dallas as wingers during the current campaign, with all having a mixed bag in terms of their performances.

In other Leeds United transfer news, the club must swoop for an exit-bound title winning giant.