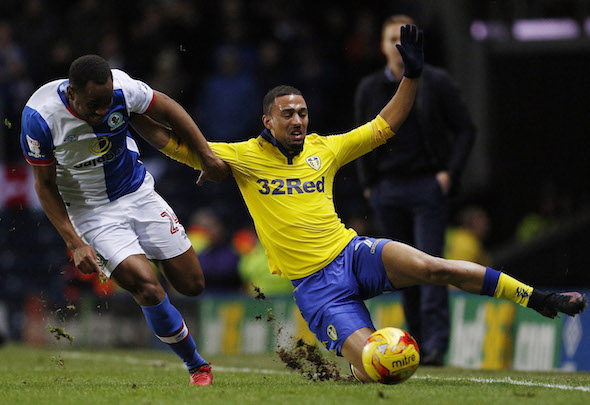 Leeds attacker Kemar Roofe was named on the bench against Sheffield Wednesday – and the club’s supporters were angry with the decision on Twitter.

The 24-year-old has been omitted from the starting line-up by Garry Monk and has been unable to force his way back into the side.

Monk has made two changes to his side as Liam Bridcutt and Souleymane Doukara replace Ronaldo Vieira and Stuart Dallas.

They will be hoping to consolidate their place in the play-off positions, but face a Wednesday side that are sixth and only below them on goal difference.

The Yorkshire club will be looking to continue their strong home form, having won seven of their last eight games at Elland Road.

Leeds fans were frustrated that Roofe didn’t make the starting XI as they feel he could have made a good impact on the game.

glad bridcutt is starting, would've liked to have seen roofe start too tho

how doukara gets in ahead of roofe is beyond me #lufc

We always seem to play better when Roofe starts not when he comes on. He links to Wood well. #lufc

Would have started roofe but hey ho let's go Leeds !!!!

where is roofe ffs 😐

Trust Monk but would like to have seen Roofe starting….🤔#lufc

Roofe was an unused substitute in the last match during the 1-1 draw with Ipswich and may not feature in the match against play-off contenders Wednesday.

The attacker has operated on the left wing for the majority of the season and has made a good transition since his summer arrival from Oxford.

He has made 37 appearances this season across all competitions, scoring three goals and supplying six assists.

In other Leeds news, David Prutton predicts the clash against Sheffield Wednesday.