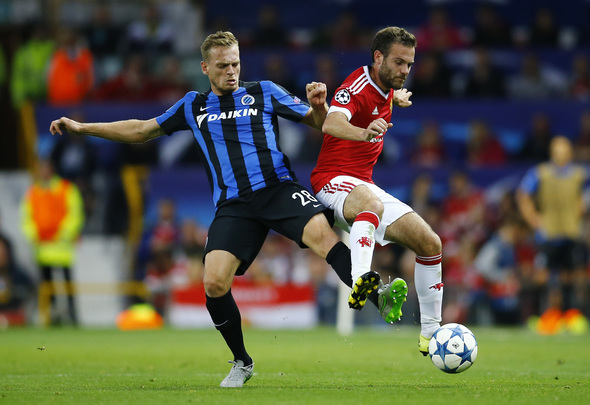 Leeds United fans have taken to Twitter to react to the confirmed signing of left-back Laurens De Bock from Club Brugges.
The Whites announced on their official Twitter account and official website on Thursday that De Bock, 25, has signed for the club for an undisclosed fee after putting pen to paper on a four and a half year deal.

Leeds have been in dire need of a left-back after failing to amicably replace Charlie Taylor in the summer when he left to join Burnley for a compensation fee.
Cameron Borthwick-Jackson arrived on loan from Manchester United, but he has been well down the pecking order due to a shocking state of form, meaning that traditional right-back Gaetano Berardi has spent most of the season at left-back.
With Luke Ayling now ruled out for the season, Berardi may be switched to right-back to allow De Bock to become a key part of Thomas Christiansen’s first-team.
Leeds fans on Twitter gave a pretty mixed reaction to the arrival of De Bock, with one asking “is that it?”
Here is a selection of their tweets:

Need a centre forward!! Please don’t waste this January like last year (and loads of others!) @LUFC #mot #alaw!

I have a good feeling about him, I think he will be great for #LUFC https://t.co/CYA9CS76YD

Can he put a good cross in de Bocks?

Can he play up front?

Leeds have already confirmed one signing in the January transfer window after Yosuke Ideguchi made his switch from Gamba Osaka official before being loaned out to Cultural Leonesa until the summer.
In other Leeds United news, a club owner has dropped a massive hint that the Whites have opened talks over signing this 23-goal striker.
We’ve launched a << BREAKING NEWS FEED>> exclusively for your club. ‘Like Us’ on Facebook by clicking here if you want 24/7 updates on all Leeds United breaking news.