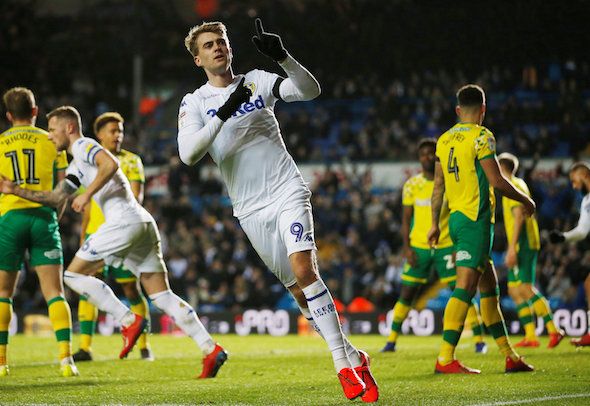 If Leeds United needed a scapegoat for going into the break 1-1 at home to Millwall today rather than in front as they should have been, one was readily available in Patrick Bamford. The striker wasted a golden opportunity to level the scores at Elland Road after Ben Thompson had put the visitors ahead after 10 minutes by converting Mahlon Romeo’s cross. Bamford stepped up to take the spot-kick when Jed Wallace hauled down Ezgjan Alioski soon afterwards. He had a slight delay in his run-up, went down the middle but didn’t raise the ball high enough and it smashed off David Martin’s legs. It’s fair to say Leeds fans were fuming on social media:

If we go up this season we need to look for a new striker. Bamford no where near clinical enough

There is certainly a strong argument for saying Bamford’s conversion rate is not what it should be, even though his record in a Leeds shirt is decent – seven goals in 17 matches heading into today’s encounter. He missed a hat-trick of excellent chances in the recent win at Reading, and needs to be far more clinical in front of goal.

Bamford is pants – not good enough.

In other Leeds United transfer news, it can be REVEALED the club have agreed a fee with rival club as deal is done to sign attacker ahead of summer window.