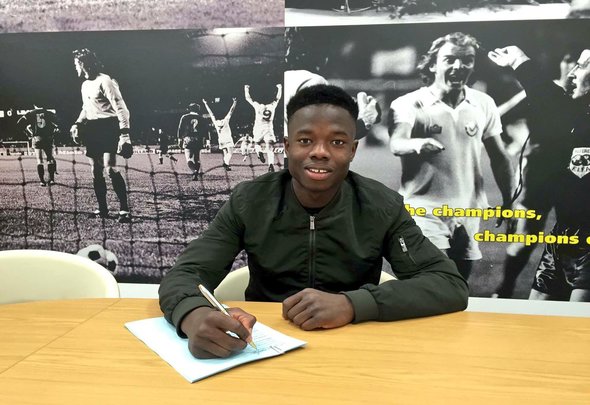 Leeds Under-23 player Romario Vieira sent a Twitter message to Leeds fans on Monday and fans responded saying it was a great attitude and one they wanted to see from the first-team players.

The 19-year-old is yet to make a senior appearance for Leeds but has made the bench twice this season.

He’s the brother of Leeds star Ronaldo Vieira who has already made the breakthrough to the senior squad.

And on Monday Romario sent a picture of himself in the middle of a full-blooded challenge with the message, “120% at all times!! #mot”.

Leeds fans responded to the message positively with one saying that he should tag the first-team squad, and another saying only two players in the first team show the same passion and commitment.

Another said that Vieira should push for a place in the first-team squad himself.

Here are the best reactions to the passionate message from Leeds fans who liked what they saw:

Time for you to press on and push for a 1st team position young man. No question you've got it. Places up for grabs in the 1st team, make sure you're one of them 👊👊

What about the rest of the team?

Should tag our first team squad in this.

You'd show the 1st team up Romario that's for sure

Exactly what’s needed by the First Team and about 2 people actually do it.

In other Leeds news, Heckingbottom has just admitted the one thing all Leeds fans were dreading after Orta strategy