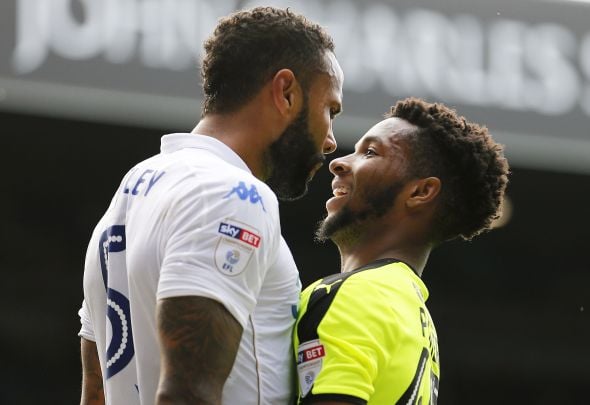 Kyle Bartley has felt so proud and honoured to captain Leeds this season that he has decided to nick the captain’s armband.

The 25-year-old could be seen leading the team out on a number of occasions this term, especially with regular skipper, Liam Bridcutt having an injury-hit campaign.

There is no doubt that the Leeds supporters will absolutely love that Bartley story because he has been a popular figure at the club this season.

Garry Monk’s side recorded a 1-1 draw at already-relegated Wigan on Sunday afternoon to end their season with 75 points.

Bartley featured in that match at the DW Stadium as he played alongside his regular centre-back partner, Pontus Jansson.

Depending on what happens in the summer, this could be the final time that the duo play alongside each other, with Bartley’s loan deal set to expire in the summer.

The experienced player has been on a season-long loan from Premier League side Swansea, who are fighting a relegation battle in the top tier.

Nonetheless, over the course of the season, Bartley has played 49 matches in all competitions for the Whites.

During those games, he has helped his team secure 16 clean sheets whilst he has also contributed with six goals.

After Monk’s team concluded their final match of the campaign, he revealed that he would like to re-sign Bartley for next season if he were to stay on as head coach.

In other Leeds news, Tom Cairney has stated that he was blown away with how this youngster physically dealt with Leeds.