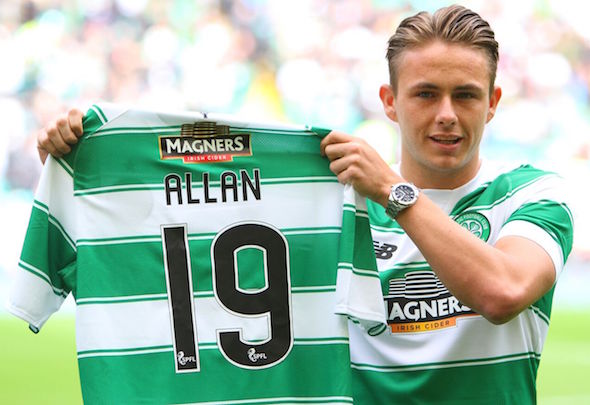 Manager Steve Evans is interested in landing the attacking midfielder after he was relegated to the fringes of the team of Scottish champions.

Allan has made 19 appearances for Celtic this season and supplied four assists from the right side of midfield but he has been unable to establish himself as a first-team regular.

A source close to the situation has told Football Insider that Evans, who was interested in signing the 24-year-old when he was in the hot-seat at Rotherham, has made tentative enquiries for Allan.

The former Hibernian stat could be available after failing to rise up the pecking order at Parkhead.

Leeds face competition for Allan’s signature, as there is also interest from Derby, Nottingham Forest and QPR.