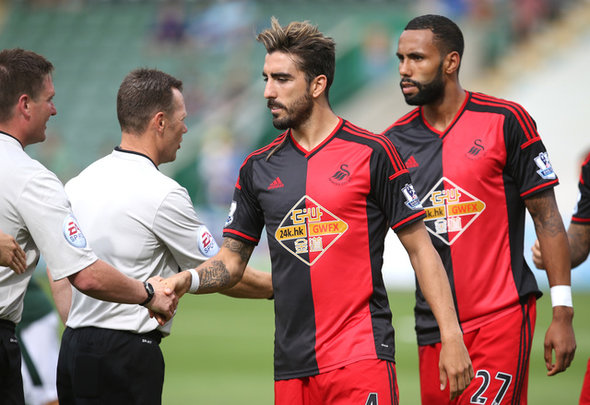 Leeds United should consider casting their eye over the list of free agents and they would see a potential brilliant addition in defender Chico Flores.

Thomas Christiansen strengthened his squad very well during the summer window, but one area that still feels a tad short is the centre-back options.

Pontus Jansson and Liam Cooper are senior players in that position, while the injured Matthew Pennington and make-shift defender Conor Shaughnessy are also viable choices.

However, injuries and suspensions could catch up with the Yorkshire giants during the course of a long gruelling campaign and they could do with an extra defensive reinforcement to keep their squad fresh.

Spanish centre-back Chico is someone that is available right now on a free and would help considerably strengthen the options for the Whites. Indeed, he could make them unstoppable.

The 30-year-old is currently without a club after his contract expired at Qatari side Lekhwiya, who he helped win a top-flight title.

He is known to English audiences from his time in the Premier League with Swansea and he made 75 appearances across all competitions for the Swans.

Chico is recognised as a no-nonsense defender that would do a job in the Championship due to his physicality, while also being very strong in the air.

The ball-playing centre-back could also fit into Christiansen’s passing style and is more than capable of playing out from the back.

Leeds have left themselves short following the close of the window, but a move for Chico could be a saving grace for them.

The defender is still in the peak of his power as a 30-year-old and there is no doubt he would be a success at Elland Road if given another chance in English football.

In other Leeds United transfer news, Victor Orta has named this summer signing as having Premier League quality.