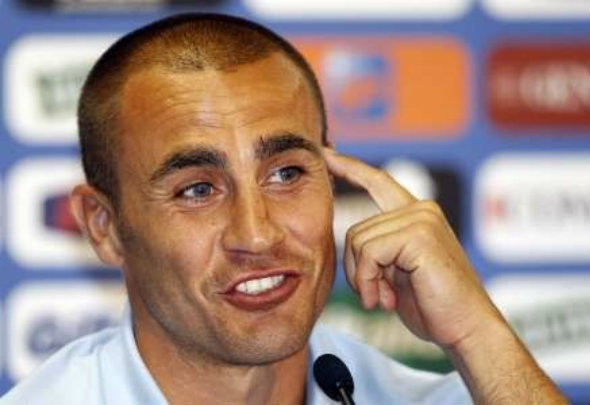 Fabio Cannavaro has delivered a blow to Leeds after reports revealed he is set to be given a position with the Italy national team.

The Italian was reported to be Massimo Cellino’s top choice to replace Steve Evans as Leeds boss, but it is now understood that Cannavaro will join Fabio Capello as his top assistant.

Capello is due to take over from the departing Antonio Conte as Italy’s national team coach and Sky Italia has claimed Cannavaro will join him.

Cannavaro’s crowning moment as a footballer was to lift the 2006 World Cup with his beloved Italy as their captain and most influential player.

Sky Italia are reporting that Cannavaro and Capello have spoken on the phone about teaming up on the national stage as the deal for a new-look Italy coaching staff builds up steam.

A report in the Daily Mail on Tuesday claimed that Cellino was ready to sack Evans after losing patience with his manager and a subsequent article reported that the Leeds owner was targeting Cannavaro.

Cellino has fired five managers since taking over Leeds in 2014 and is believed to have been persuaded by senior players that Evans should be dismissed after the embarrassing 4-1 defeat to local rivals Huddersfield last weekend.

However the Italian has now moved to dismiss the speculation about his manager’s future, but has admitted that Evans has until the end of the season to convince him he is the right man for the Leeds job.

In other Leeds news, the club are closing in on the signature of one of England’s most promising youngsters after being blown away by scouting reports.