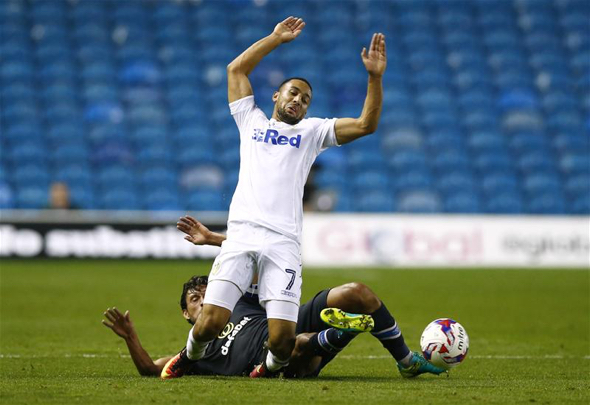 Kemar Roofe was substituted after 73 minutes as Leeds beat Burton Albion 2-0 at Elland Road- and fans on Twitter felt he should have scored.

Doukara, then made sure of all the three points, when he scored late into stoppage time, as Leeds go ninth, with 15 points, one point off a play-off place.

Nigel Clough’s men had an astonishing 19 shots on goal, but were only able to get two shots on target throughout the game, as they failed to win on the road for the eighth time this season.

Nonetheless, supporters on Twitter felt Roofe should have scored, as he missed a number of good opportunities in the game.

Crisp Roofe shot, after half decent build-up, is held by McLaughlin. Leeds need much more of that 0-0 67 #lufc #bafc #yplive

Very uninspiring first half. Need to be more clinical in final third. Roofe needs to be used more. All going down the right #lufc

Like to see Roofe alongside wood. He's winning everything. Sacko decision making poor. Pontus taking man and ball at every attempt

Former League two player Roofe has scored only one goal in 17 Championship and EFL Cup apperances for the Yorkshire club, following his summer transfer.

He netted in Leeds’ 1-0 win at Wolves, last Saturday, but has overall struggled for game time and consistent form on the pitch with his new club.

The Whites will now travel to Carrow Road to take on recently-relegated Norwich on November 5.

In other Leeds team news, manager Garry Monk has hailed this senior player and claimed he has what it takes.