Andrea Radrzzani cannot realise his dream of transforming Leeds United into a £1billion club while the team continue to play at Elland Road.

That is according to finance guru and new Football Insider columnist Kieran Maguire, speaking exclusively after Radrizzani hinted at a stadium move as the club sets its sights on becoming an established Premier League club and beyond.

At the recent Business of Football Summit, the 46-year-old said Leeds is currently worth around £300million and that he wants to treble that figure and then some.

Crucial to that, claims the sports media tycoon, is the redevelopment of the club’s century-old home, Elland Road.

Maguire agrees that if Radrizzani’s dream is to be achieved, the redevelopment of Elland Road or relocation to a new stadium is absolutely essential.

He told Football Insider correspondent Adam Williams: “You would have to have some form of redevelopment of Elland Road, either moving to a new stadium or an expansion of Elland Road itself.

“Under a series of owners before Radrizzani came in there was a lack of investment because people were viewing it as a pass-the-parcel club: buy it and try to find another mug to sell it to before things turn worse. That’s why we had issues in terms of administration and so on.

“They do appear now to have stability. If you’ve got stability you start to make long-term plans.

“Where can Leeds really grow? It’s a massive city. From my point of view as someone who works in finance, Leeds is up there as one of the top non-London cities in terms of its professional and financial status.

“There are plenty of prawn sandwich-eaters who would happily have a box at a redeveloped Elland Road. On the back of that, you want high ticket values and bigger crowds.

“That won’t turn them into a £1bn club on its own, they need European football as well. But if they can achieve that, the sky’s the limit.” 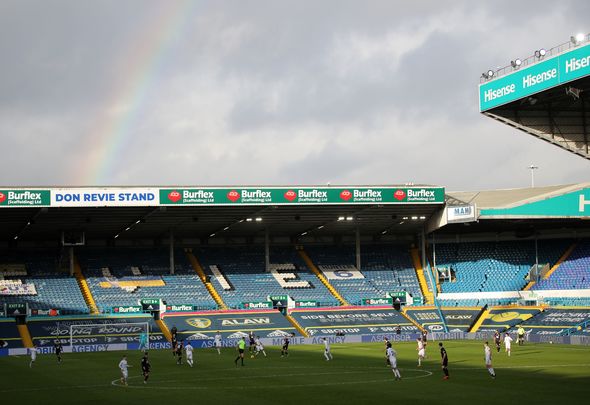 Radrizzani says he has already tripled his initial £100m investment in the club following the club’s promotion to the top-flight last season.

Leeds currently sit in 12th place in the Premier League and are enjoying their first top-flight campaign in 16 years.

In other news, Leeds United are set to join the race to sign a Ligue 1 ace this summer.