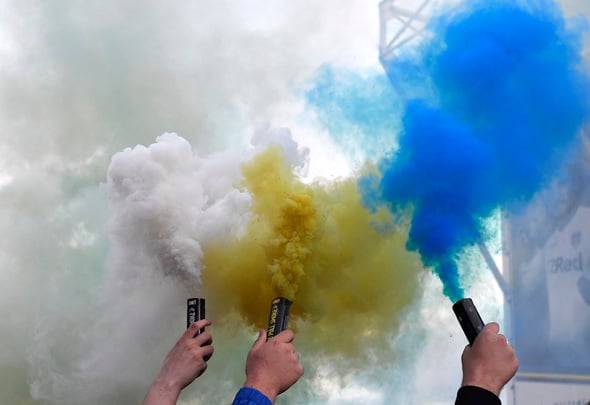 Leeds United are insulated against financial failure by a devoted fanbase that propelled them to record-breaking revenues last year.

That is according to finance expert and Football Insider columnist Kieran Maguire, speaking exclusively after Leeds posted their report for the 2019-20 financial year.

The club took out a £43million loan to help compensate for the £62.4m loss posted in the annual figures.

However, commercial income rose through merchandise sales which shot up by 64 per cent.

The £43m loan is leveraged against broadcast income but Maguire claims that Leeds’ global fanbase ensures they aren’t completely dependent on this revenue stream.

“I don’t think they’re too reliant on Premier League TV money to pay this back,” he told Football Insider correspondent Adam Williams.

“If you take a look at their report, they have the best revenue of any team in the history of the EFL that haven’t been in receipt of parachute payments.

“That’s despite the fact they were hampered in the last quarter of the season because of playing behind closed doors.

“Leeds do get very good commercial income regardless of the division they’re in because they’ve got a global fanbase.

“Lots of people around the world have heard of Leeds despite the fact that hadn’t been in the Premier League for a few years.”

Leeds had to pay out £7m in broadcast rebates after winning promotion to the top-flight last term.

The club’s wage bill stood at £78m after promotion-related hikes and bonuses.

In other news, Marcelo Bielsa could “sway” 28 goal/assist midfielder into joining Leeds United after development.