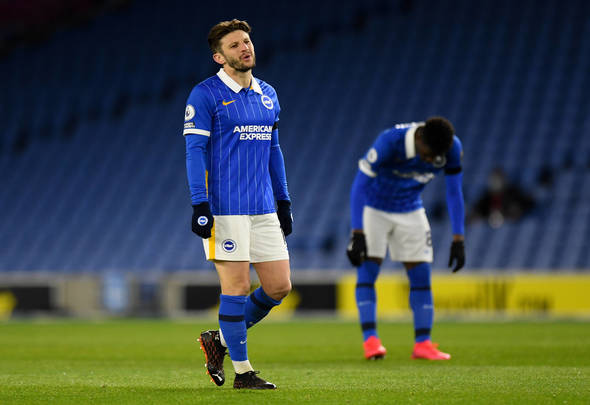 Leeds United could be handed a “massive boost” if Adam Lallana is missing for Brighton on Saturday, according to Noel Whelan.

The former Leeds striker, speaking exclusively to Football Insider, insisted the midfielder offered the Seagulls a “different dimension” when he is on the pitch.

Graham Potter confirmed the 32-year-old is a doubt for Saturday after suffering a tight calf earlier in the week.

"Adam Lallana had a bit of a tight calf at the start of the week. His chances of playing are OK, we will make a decision after training tomorrow. Percy Tau trained this week, so he’s back in contention."#BHAFC 🔵⚪ pic.twitter.com/2Y8tectccA

The midfielder faced a late fitness test after training on Friday.

Lallana has been a mainstay for Potter in recent weeks, with five starts in the last six Premier League games.

He has not played in a top-flight match since being left as an unused substitute against Fulham in January.

As such, Whelan admitted his absence would be a boost for Leeds.

Whelan told Football Insider assistant editor Russell Edge: “He’s a man with great talent and you don’t play for Liverpool for no reason.

“They picked Lallana because of his talent, his creativity, because of what he can do on the ball, the experience that he brings. That’s the reason why Brighton went in there and brought him to the club.

“I think it shows that when he plays, he gives them a different dimension, a different kind of confidence to their gam. When you’ve got some of that ability that plays at the highest level, of course you’re going to miss a player. 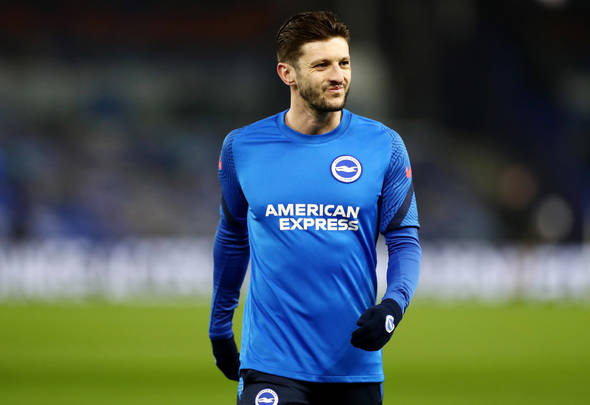 “In terms of Leeds United coming up against them, with him not in the side, that’s a massive boost, absolutely.

“It takes away a bit of that quality and creativity that he offers.”

In other news, Whelan has been left in awe of “phenomenal” 21-year-old Marcelo Bielsa was “wrong” about at Leeds United.