Marcelo Bielsa is loved like a “grandad figure” at Leeds United and the confidence he instils in his squad lies behind their “stunning” success.

That is according to ex-Whites goalkeeper Paddy Kenny, speaking exclusively to Football Insider after Leeds’ 3-1 victory over Tottenham on Saturday.

That result boosted Leeds into the top half of the table and means none of the so-called ‘big six’ have managed to win at Elland Road this season. 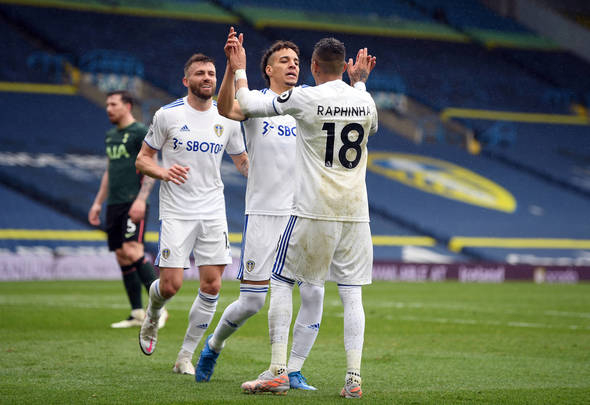 Leeds have won 50 points and could yet surpass Wolves’ 2018-19 tally of 57, the second-most points amassed by a newly-promoted Premier League team.

Their remaining fixtures are all against sides lower than Leeds in the table, Burnley, Southampton and West Brom.

Kenny attributes their success to the togetherness and self-belief fostered by Bielsa.

He told Football Insider correspondent Adam Williams: “Sometimes the mentality from winning promotion can roll on and continue, but it’s hard.

“This is the Premier League and you’re playing against world-class players week in, week out.

“But Bielsa lets them play with confidence, I think. They play stunning football.

“That’s one of the reasons Leeds have done so well. Bielsa’s one of those managers who seems like he gets on well with every player.

“They seem like a close group. When they got promoted they were all cheering and singing his name.

“They just seem like a close-knit bunch with him in charge. He seems like a bit of a Grandad figure.”

Bielsa is out of contract in the summer.

The Argentine signed a one-year extension after his previous deal expired last June.

In other news, Helder Costa may have played last game for Leeds United amid Bielsa reveal.