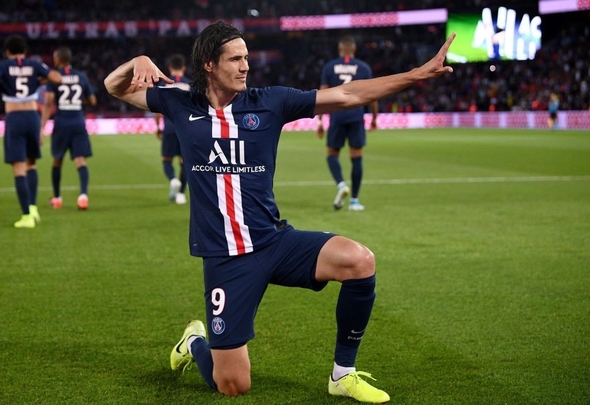 The former Whites and Coventry striker, speaking exclusively to Football Insider assistant editor Russell Edge, insists the Uruguay international would be the “signing for the summer” if the Whites could pull it off.

Speaking to Sky Italia and quoted by talkSPORT, Leeds owner Andrea Radrizzani confirmed the club have considered making a move for the 33-year-old on a free transfer.

The striker is a free agent after his contract at PSG came to an end this summer, with his 138 goals firing the French champions to a stunning six titles in seven seasons.

Whelan suggests the Whites’ owner’s links with QSI – the owners of the French giants – could swing the deal in Leeds’ favour.

“Look I don’t want to sit here and get too excited but that would be a fantastic signing,” he told Football Insider.

“The marquee signing of the summer if we can pull that one off. We know he’s on a free, we don’t need to pay any money and we know that Andrea Radrizanni is very close with the owners of PSG as well.

“Maybe that will fall into our hands and help it go in our favour. That would be the sort of striker we would love to have at Leeds and the signing every fan would be sitting on the edge of their seat and celebrating.

“We also know there’s going to be massive interest from international and Champions League clubs looking at that player. If we do manage it, it would be an unbelievable signing. It’s exciting that we’re linked with these sort of players.

“He’d be the sort of player I’d love maybe three years down the line but if we do it now, I’m more than happy!”