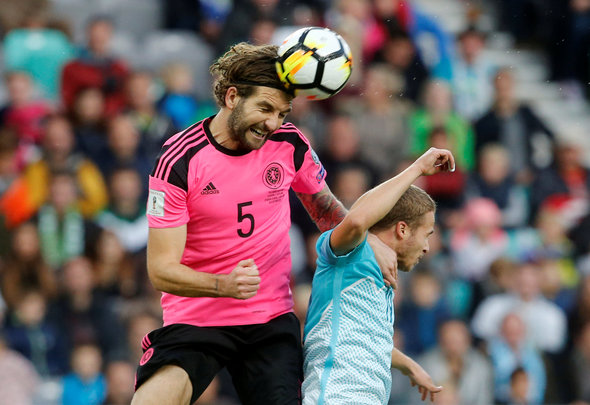 COMMENT
Leeds United are facing tough times and their bid for a top six finish in the Championship this season looks set to be derailed by a poor run of form and continual suspensions and injuries.
Thomas Christiansen must be allowed to go into the market to make additions to his squad, otherwise hopes of getting into the play-offs will be truly dashed.
One player who Leeds must try to seal a January swoop for is Blackburn centre-back Charlie Mulgrew, who has been in fantastic form at Ewood Park at both ends of the pitch, meaning that the Scotland international could solve two problems for the Yorkshire giants.
Leeds are in need of a new centre-back with just three options available to them.
Liam Cooper is now suspended and Matthew Pennington is only on loan at Elland Road, so another centre-back to add strength in depth, or maybe even improve on someone like Cooper, should be one of Christiansen’s priority.
There is also a lack of goals at the other end of the pitch and Mulgrew has proven that he can find the net with ease this season with Blackburn both from the penalty spot and from set-pieces.
The Whites have not been the best from corners this season and set-piece coach Gianni Vio may want to push Christiansen into getting someone in who can help get on the end of crosses.
Mulgrew will be perfect for that. His 11-goal haul for Blackburn in all competitions this season from centre-back should not be ignored by Leeds.
Christiansen and Victor Orta must move quick though as the Daily Record reported in their live transfer blog on Monday [08:31am] that the 31-year-old ex-Celtic defender is wanted by a clutch of Premier League teams.
Southampton, Burnley, Watford and Crystal Palace are all said to be keen on the Blackburn centre-back – but with the promise of first-team football at Leeds, Christiansen could definitely try to win this transfer race.
In other Leeds United news, a £7million bid is being prepared for this 24-year-old centre-forward wanted by the Whites.
We’ve launched a << BREAKING NEWS FEED>> exclusively for your club. ‘Like Us’ on Facebook by clicking here if you want 24/7 updates on all Leeds United breaking news.