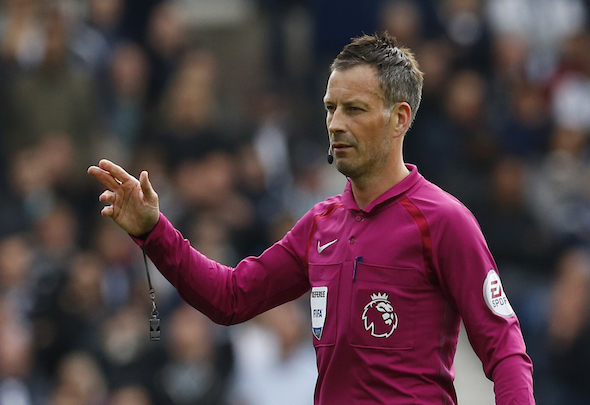 Mark Clattenburg has sensationally revealed he avoided sending Tottenham players off in their game with Chelsea in the 2015/16 season, so he wasn’t blamed for them losing the title.

The referee shared what he did on the latest Men in Blazers podcast  during Spurs’ 2-2 draw with Chelsea. He claims he did it so he wasn’t seen as an excuse for Tottenham’s failure to win the Premier League title.

“Some referees would have played by the book, Tottenham would have been down to seven or eight players and they would’ve been looking for an excuse,” said Clattenburg.

“But I didn’t give them an excuse, because my gameplan was: ‘Let them lose the title’.”

The game was crucial to Spurs’ title bid and they had to win to have any chance of stopping Leicester City lifting the trophy.

Spurs were 2-0 up at Stamford Bridge before Chelsea mounted a comeback that caused the game to reach boiling point.

Clattenburg issued 12 yellow cards in the fixture, nine for Tottenham and three for Chelsea.

However, the referee was didn’t send any Tottenham players off and his confession has become a big talking point.

Following the game, Moussa Dembele was handed a six-game ban for his actions in the match and both clubs were handed massive fines for failing to control their players.

Tottenham ended up finishing third behind both Leicester City and Arsenal, eleven points off the eventual champions.

In other Tottenham news, fans have fumed over the latest decision made regarding their club.