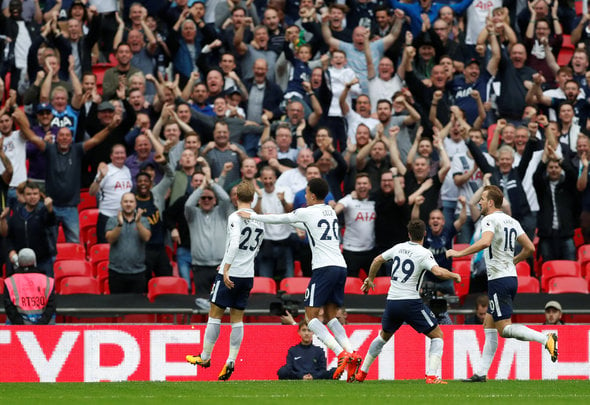 Tottenham fans are not happy to find out their game against West Ham has been moved to January 4, and took to social media to vent their anger.

The club officially confirmed the new date for the fixture, and fans quickly realised that meant three games in five days for Spurs.

Not only did they realise it was three games in a short space of time, the first game sees the side travel to face Swansea at the Liberty Stadium.

If a fan was to drive to the game, it would be a four hour journey by car, before taking traffic into account.

The clash with West Ham was originally scheduled for New Year’s Eve but concerns were raised over crowd safety as the police would be stretched on that day and a large crowd was expected.

The game was then penciled in for December 30, and given a kick-off time of 2:15pm in order to remain part of Sky Sports’ festive line-up.

However, that did not work and now the decision has been made to have it on Thursday, January 4.

The match will still be broadcast on Sky Sports on its new date.

Fans were in uproar about this decision with many labelling the whole affair a “shambles”.

One fan made a crack that it was a good way of preparing Tottenham for Europa League football next season.

Here are some of the best tweets:

back to Spursday night football ready for Europa league next year. Levy Always one move ahead!

our fixture schedule is some kinda joke isnt it #screwed #THFC

How about telling Sky sports where to stick it & have the match at the original date of Saturday 3pm? Surely that’s better for fans actually going to the game???

Appreciate not the clubs fault but total shambles

Tottenham fans currently don’t have much to cheer about, bar their Champions League campaign, as they find themselves sixth in the league, having not won any of their last four league games.

In other Tottenham transfer news, Joey Barton has claimed this summer deal will prove disastrous for the club’s future.