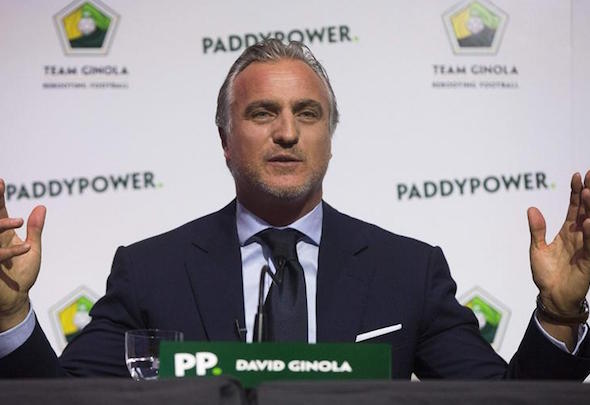 David Ginola revealed he believes Mauricio Pochettino is doing an amazing job at Tottenham, but questioned what will happen if trophies don’t arrive.

In an interview with AS, the former French international spoke highly of his old club but did question how Pochettino would be treated in six month if he doesn’t win anything.

He said: “You know, Spurs are doing well now, Pochettino is the king, let’s see in six months’ time if he is not winning anything, if he’s stays as the king.

“I would love him to because stability for the club is keeping the managers as much as possible, as long as possible because that’s a priority.”

The retired winger made 103 appearances for Spurs, scoring 13 goals and grabbing two assists during his time at the club.

Ginola hung up his boots after a spell at Everton in 2003.

Pochettino is yet to win a trophy in English football, having not won silverware at either of the two English he has managed, Tottenham and Southampton.

However, the 45-year-old has still accomplished notable achievements at both clubs.

The Argentine guided Southampton to their highest ever Premier League finish in his second season at the club.

In the 2014/15 season, Pochettino was able to guide Spurs to a Champions League return after previously not qualifying for the tournament since the 2010/11 season.

The 45-year-old manager signed a five-year deal with Tottenham in May 2016, to keep him in charge of the club until June 2021.

In other Tottenham Hotspur news, Spurs have been given a price for this 26-year-old goal machine.