Daniel Levy has “pulled off a masterstroke” by sacking Mauricio Pochettino and sealing the “brilliant Tottenham deal” of landing Jose Mourinho.

That is according to ex-Leeds United and Coventry City striker Noel Whelan, speaking exclusively to Football Insider about the changes at the Spurs helm.

Mourinho arrested the decline under Pochettino by winning his first three matches in charge – against West Ham, Olympiakos and Bournemouth.

Spurs lost 2-1 to Manchester United in the Premier League on Wednesday but Whelan is in no doubt that the decision to replace Pochettino with the three-times English title winning Portugese was the correct one.

“Right now, you have to say well done to Daniel Levy, he has pulled off a masterstroke,” Whelan told Football Insider. “It was a big call and a brave call to axe the best manager he had appointed.

“It was also a huge call to appoint Mourinho but the right call. His reputation was not what it was but it looks a brilliant Tottenham deal to me.

“Mourinho is getting the best out of the players who were not doing it before. Dele Alli is the obvious example, he was suffering under Pochettino and now he looks better than ever.

“Sometimes players stop listening to a manager and you need to make a change. That’s what was clearly happening at Tottenham.”

Mourinho will oversee his fifth Tottenham game in charge when they host Burnley in the Premier League at their new stadium tomorrow.

The Londoners go into the game eighth in the table with 20 points from their 15 matches. 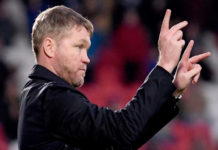