Neil Lennon should reinstate the striker partnership of Odsonne Edouard and Leigh Griffiths to save his job and arrest the Celtic decline.

That is according to Parkhead legend Frank McAvennie, speaking exclusively to Football Insider correspondent Dylan Childs about how his former club can reignite their faltering season.

The Hoops have won just two of their last nine games in all competitions and a devastating 4-1 loss at Sparta Prague on Thursday night dumped them out of the Europa League two matches early. 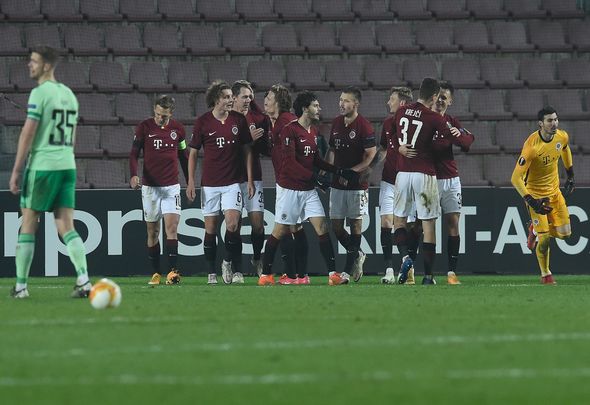 The result means Neil Lennon’s side have suffered yet more European humiliation while they are also 11 points behind Rangers in the title race.

Despite the return of Christopher Jullien in Prague, McAvennie bemoaned the absence of James Forrest who is likely to be sidelined for at least six weeks.

“The team is not doing it at the moment,” he told Football Insider.

“The one they are missing is James Forrest. They are definitely missing him and he will be out for a while longer yet.

“Listen, the players that are available should be doing a lot better than they are. I want to see Edouard and Griffiths on the pitch as a two.

“I will not tell Lenny how to be a manager but for me personally I would like to see the two of them up front together. They were playing magnificently before the lockdown so get them back firing.”

In other Celtic news, it can be REVEALED that the door has opened for West Brom to beat Southampton to £12million-valued Hoops star.