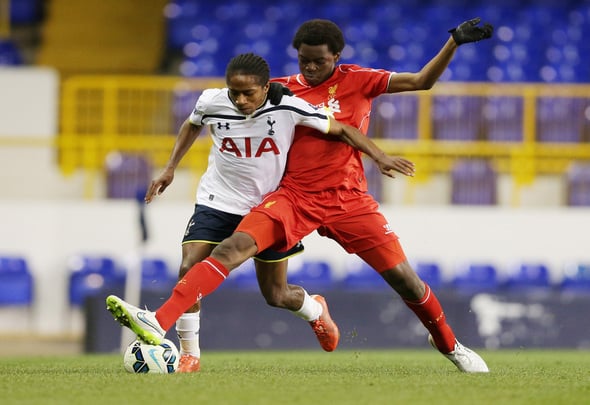 Liverpool youngster Ovie Ejaria has admitted he is hungry to be back playing again for the Merseyside club.

Ejaria, 19, is one of Liverpool’s brightest emerging young talents, making his debut for the first team in the FA Cup victory over Derby in September.

But he has since seen his first-team opportunities limited since the new year, after suffering an ankle ligament injury.

However, he revealed on his personal Twitter account on Sunday that he was determined to be back to full fitness, and could make his return soon.

The midfielder arrived at Anfield in the summer of 2014, after rising through the youth ranks at Premier League rivals Arsenal.

But his impressive displays for the Liverpool academy side has seen him earn a role on the fringes of the first team with the Merseyside club, and he could have a role to play before the end of the season.

He will though, have a particularly important role to play during pre-season, where he will have an opportunity to persuade Klopp to hand him a more regular role in his first-team squad.

In other Liverpool news, the club have joined the race to sign this £35million-rated defender.