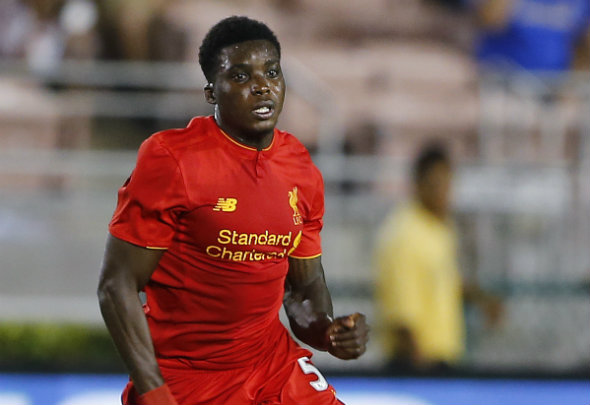 Liverpool have nothing to fear when Sadio Mane leaves them in January for international duty because they already have his replacement in the squad.

The Senegal initernational is expected to compete in the Africa Cup of Nations tournament in 2017 and the forward, who has already netted six Premier League goals this season, will be a huge loss to Jurgen Klopp.

Alongside Philippe Coutinho and Roberto Firmino, Mane has been in terrific form since joining Liverpool in the summer and has consolidated his position in the starting XI.

His departure will not be a welcome one but Liverpool will have been boosted by the return of wonderkid winger Sheyi Ojo last week, who is back in full training after being absent for three months.

The 19-year-old suffered a back fracture in the pre-season campaign and it was hugely disappointing for the winger, who had been impressive prior to his injury.

Ojo was recalled from his loan spell at Wolves in January, less than three months after Klopp’s arrival in Merseyside and he went on to make 11 first team appearances during the rest of the campaign as the manager demonstrated his faith in the winger.

Klopp has voiced his admiration for the teenager on a number of occasions and he was used heavily again in the pre-season campaign so he will surely be given an opportunity in January.

Ojo has bags of pace and is not afraid to take defenders on but it’s his decision making which stands out for a player of such tender years.

In other Liverpool news, the club must offer Philippe Coutinho a new contract in January as they are in the best position to keep hold of him amid transfer speculation.