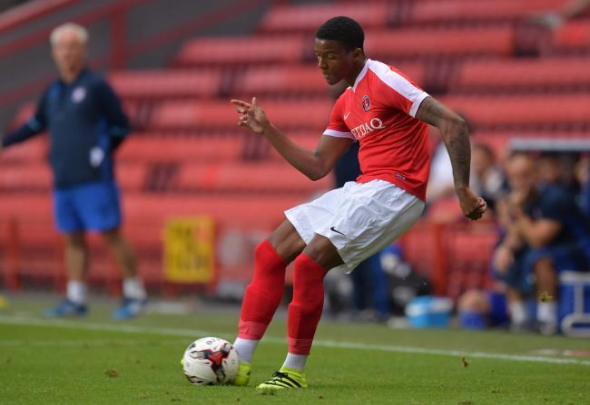 Liverpool are one of five Premier League big guns who have been regulars at Charlton’s games this season to watch rising star Ezri Konsa, according to a report.

The Mirror claims that a group led by Liverpool, Arsenal, Manchester City, Manchester United and Chelsea are watching the 18-year-old, who is currently playing in League One.

The report states that numerous scouts attended Charlton’s 1-1 draw with Oldham on Tuesday to run the rule over the young centre-back.

It is believed that he is rated as just as big a prospect as Joe Gomez, who transferred to Anfield in the summer of 2014 from the Addicks for £3.5million.

This could give Liverpool and manager Jurgen Klopp an advantage in the race to land the latest highly rated defender to emerge from the Charlton academy.

Konsa has made nine appearances for the south east London side in the new campaign as he looks to establish himself in his club’s first team.

He signed a contract with his current side until the summer of 2019, but he could be looking to make the step up to one of England’s biggest club’s with Charlton currently perched in 12th place in League One.

The youngster has come through an academy with a big reputation after bringing through the likes of Gomez, Scott Parker, Darren Randolph, Jonjo Shelvey and Harry Arter in it’s history.

In other Liverpool transfer news, the Reds have entered the race to sign Swedish striker Alexander Isak.