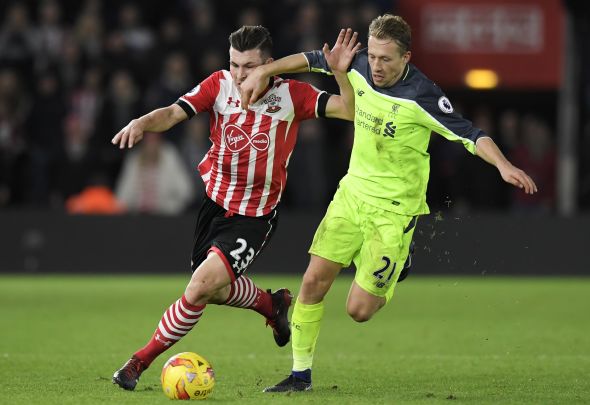 Liverpool are set to make one change to their starting XI for the Premier League clash against Leicester.

The Reds travel to the King Power Stadium on Monday night and will hoping for a victory to keep their top four hopes alive.

Jurgen Klopp is expected to make one change from the team that beat Tottenham 2-0 and welcome back centre-back Dejan Lovren to the starting line-up.

That means make-shift defender Lucas would be dropped from the team, despite looking solid in recent weeks.

Klopp confirmed that Lovren is set to make his long-awaited return from injury to train on Saturday, meaning he could be involved against the Foxes.

Liverpool will be looking to capitalise on what is surely set to be a tense atmosphere at the home or defending champions Leicester, with fans not pleased by the sacking of Claudio Ranieri this week.

Mignolet is set to continue in goal ahead of Loris Karius, while the strongest back four are all available to protect him.

Jordan Henderson, Adam Lallana and Georginio Wijnaldum are expected to start in the midfield, with the latter delivering a strong performance against Spurs.

Meanwhile, Philippe Coutinho is expected to play on the left wing and link up with central figure Roberto Firmino.

That leaves Sadio Mane on the right for the Merseyside club and he should be confident after a brace at Anfield against Spurs.

In other Liverpool team news, Klopp has revealed the return date of their 24-year-old attacker.